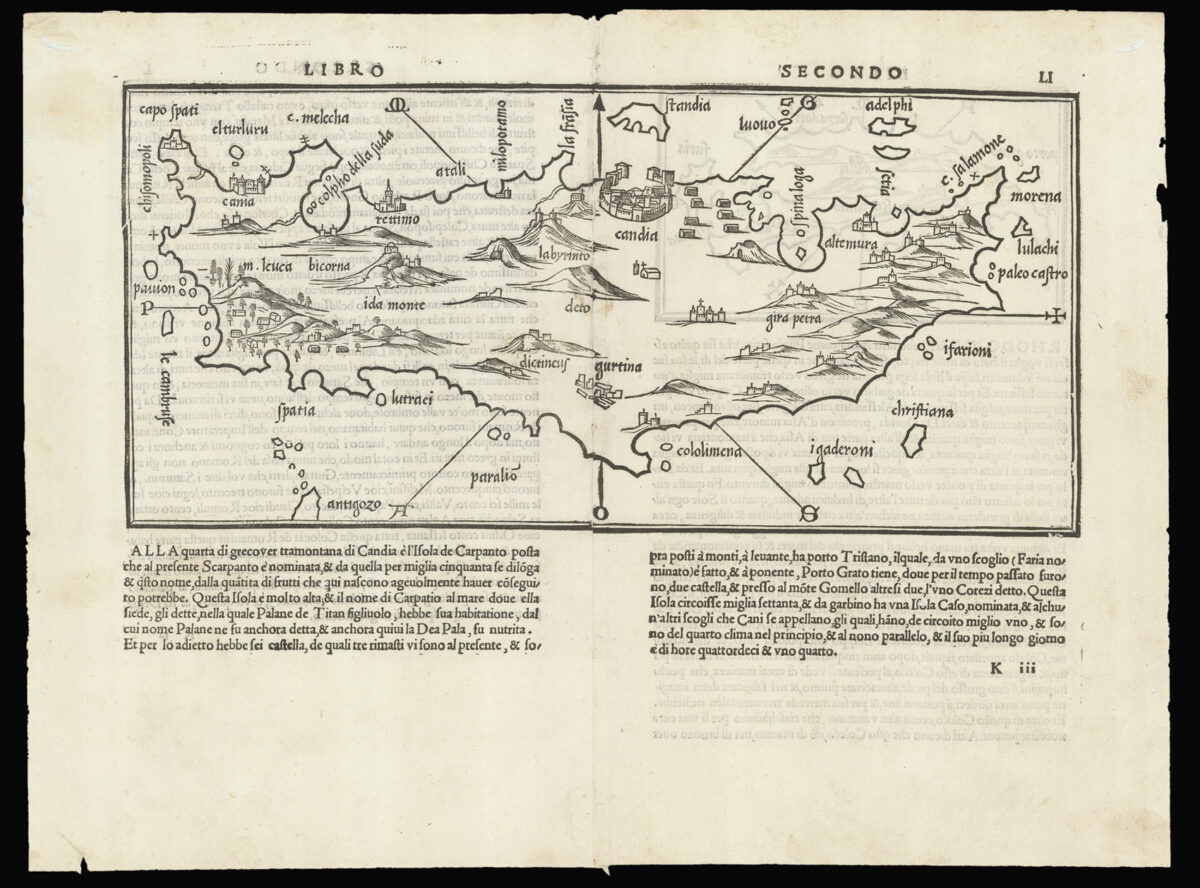 Early map of Crete by Bordone

A fine and detailed map of the island of Crete, known as the Venetian Kingdom of Candia from the thirteenth to the seventeenth century. Published in the rare second edition of the ​“Isolario di Benedetto Bordone”, first published in 1528. Surrounded by many smaller islands, all major ports, towns, and important landmarks are shown, such as Mount Ida in the west.

Benedetto di Bordone’s (1460–1539) ​“Isolario…”, or book of islands, was the first printed isolario to encompass the entire world, the only printed isolario to precede it was the little book of Bartolomeo dalli Sonetti, 1485, which covered only the Aegean islands. The isolario was a popular genre that had first appeared in manuscript examples by Cristoforo Buondelmonte dating from the early 15th-century, Bordone expanded on the usual theme to encompass lands beyond the eastern Mediterranean, the Aegean archipelago and the Levant, to guide travelers other parts of Europe and the world, stretching as far as the Indian Ocean, the African coastline and the New World.