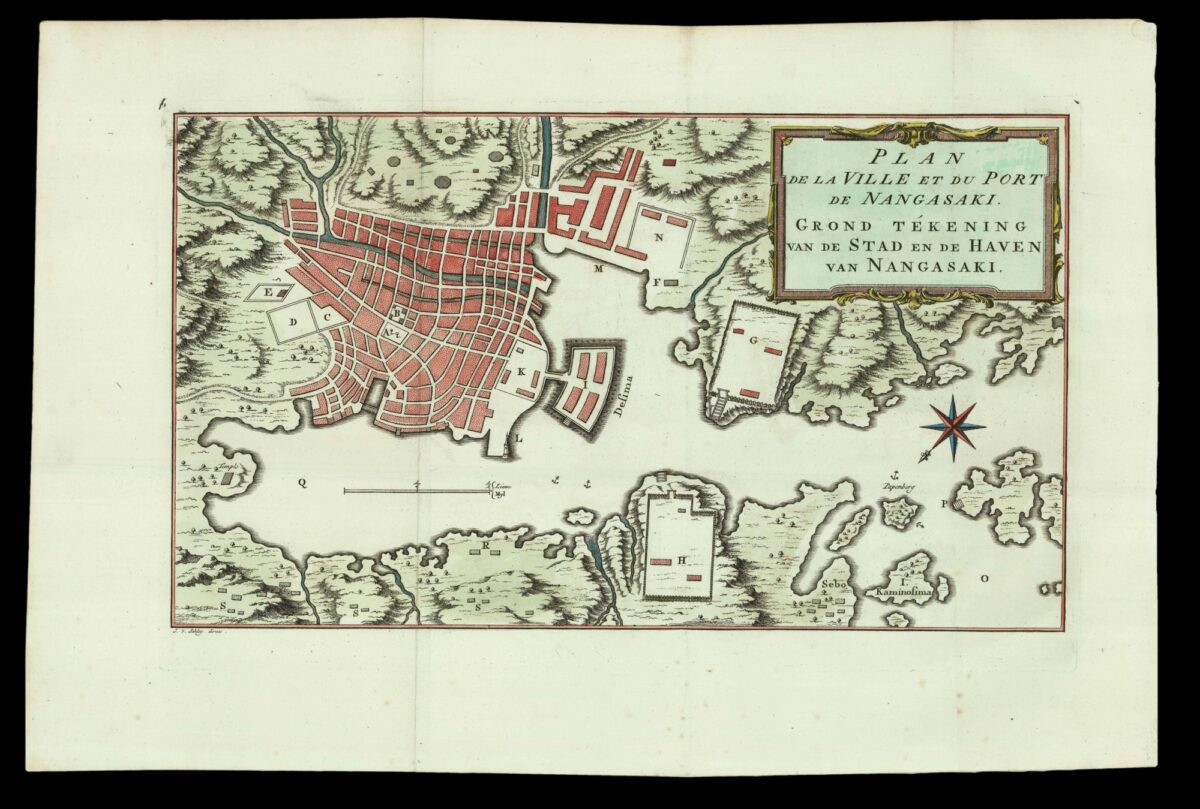 A plan of Nagasaki from a Dutch edition of the Abbé Prévost’s travel book, the ​‘Histoire Generale des Voyages’.

Prévost’s work was an expansion of Thomas Astley’s ​‘Voyages and Travels’ compiled by Astley from sources including John Atkins, Theodor de Bry and Jean-Baptiste Lavat. The first seven volumes of Astley’s work were translated into French by the Abbé Antoine François Prévost (1697–1763).

As well as translating Astley’s work, Prévost added a general history of discoveries and colonisation to his own lifetime, as well as an overview of the historical sources he used. It was first published in Paris in 15 volumes (the present edition) from 1746–1761.

The maps for the ​‘Histoire’ were produced by Jacques Nicolas Bellin. They were re-engraved by Jacob van der Schley for the Dutch editions of the work.