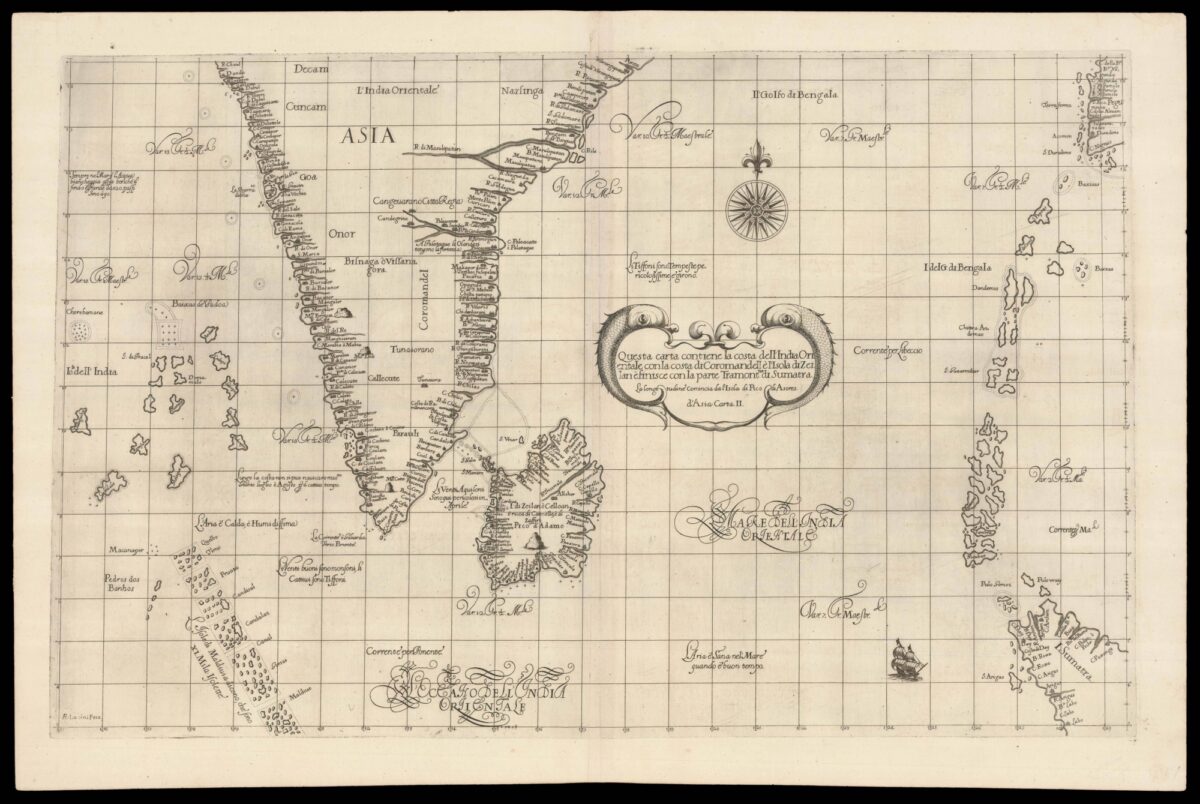 First edition of Dudley’s chart showing the southern coast of India and the island of Sri Lanka. The Maldives, the Andobar Islands and the Nicobar Islands all appear in the Indian Ocean. Sumatra and Myanmar are partially visible. From the ​‘Arcano del Mare’, one the ​“greatest atlases of the world” (Wardington).

First published in 1646 when its author, Robert Dudley, was 73, it was not only the first sea atlas of the world, but also the first to use Mercator’s projection; the earliest to show magnetic deviation; the first to show currents and prevailing winds; the first to expound the advantages of ​‘Great Circle Sailing’ – the shortest distance between two points on a globe; and ​“perhaps less importantly the first sea-atlas to be compiled by an Englishman, albeit abroad in Italy” (Wardington).

Robert Dudley (1573–1649) was the son of the Earl of Leicester (the one time favourite of Elizabeth I) and Lady Douglas Sheffield, the widow of Lord Sheffield. Although born out of wedlock, Robert received the education and privileges of a Tudor nobleman. He seems to have been interested in naval matters from an early age, and in 1594, at the age of 21, he led an expedition to the Orinoco River and Guiana. His success upon the high-seas was not matched, unfortunately, by his luck at court, and at the beginning of the seventeenth century he was forced to flee, along with his cousin Elizabeth Southwell, to Europe. Eventually he ended up in Florence at the court of Grand Duke Ferdinand I of Tuscany, where he not only married his cousin and converted to Catholicism, but also help Ferdinand wage war against the Mediterranean pirates. In his spare time, he set about his great life’s work: the ​‘Arcano del Mare’. 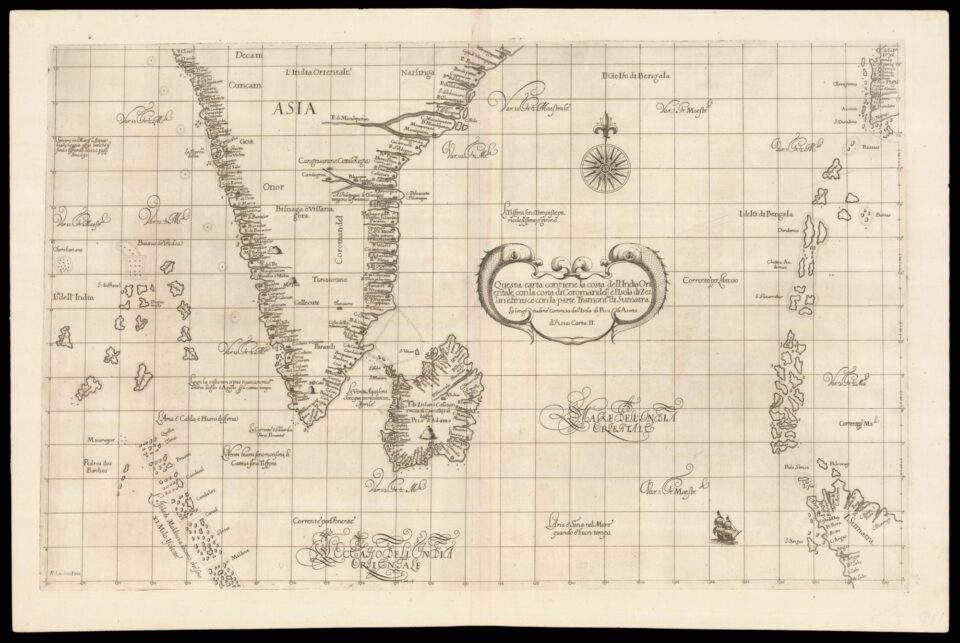