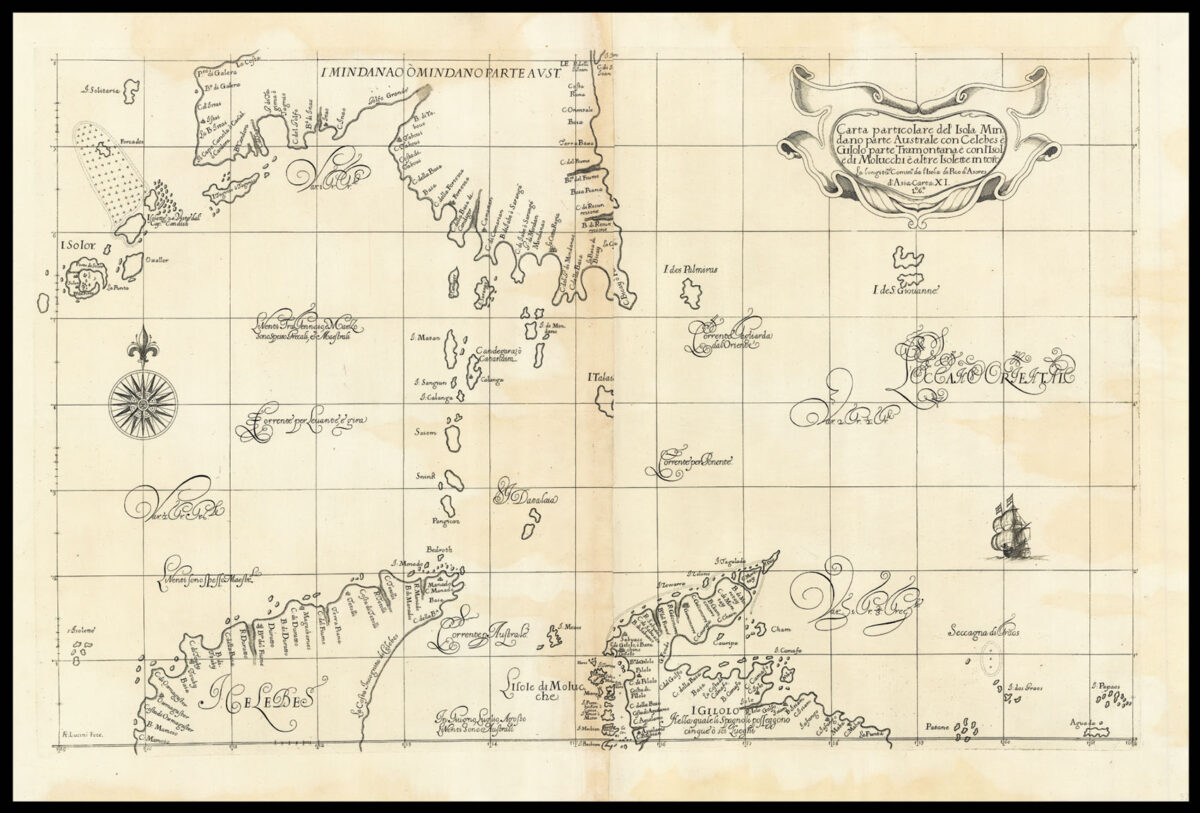 Dudley’s chart of the Philippines

Map showing the islands in the Celebes Sea, including the southern Mindanao group of the Philippines, the Maluku Islands, and the northern coast of the island of Sulawesi in Indonesia.