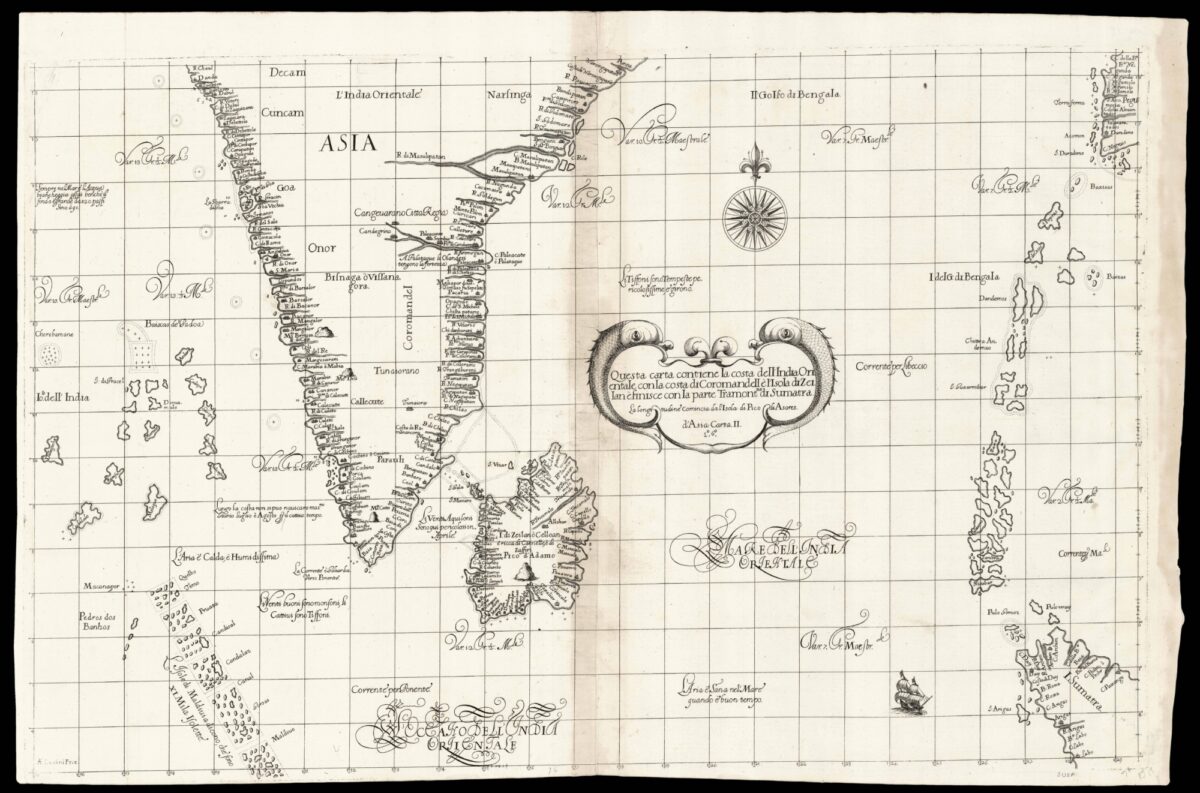 A chart showing the southern coast of India and the island of Sri Lanka. The Maldives, the Andobar Islands and the Nicobar Islands all appear in the Indian Ocean. Sumatra and Myanmar are partially visible.