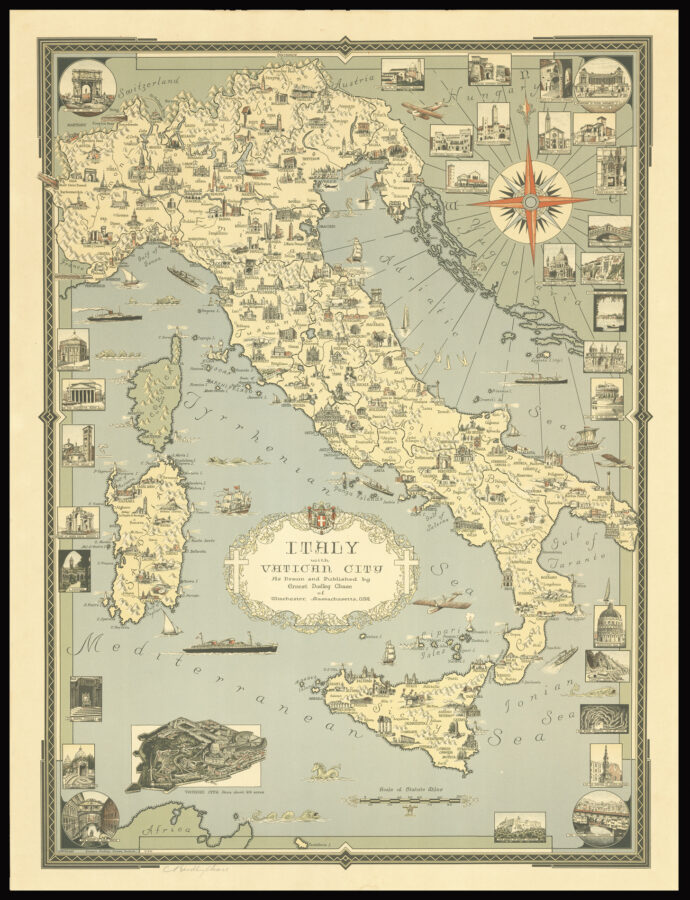 Italy with the Vatican…

Dudley Chase’s map of Italy stretches from the Brenner Pass to the Sicily, and includes the Islands of Sardinia and Corsica. All major political baoundaries are marked, together with cities, rivers, and prominent landmarks. To the lower left is an inset birds eye view of Vatican City. Surrounding the map are vignettes of Italian landmarks, including the Ponte Vecchio, the Rialto Bridge, the Pantheon, and the Monument to Victor Emmanuel II.