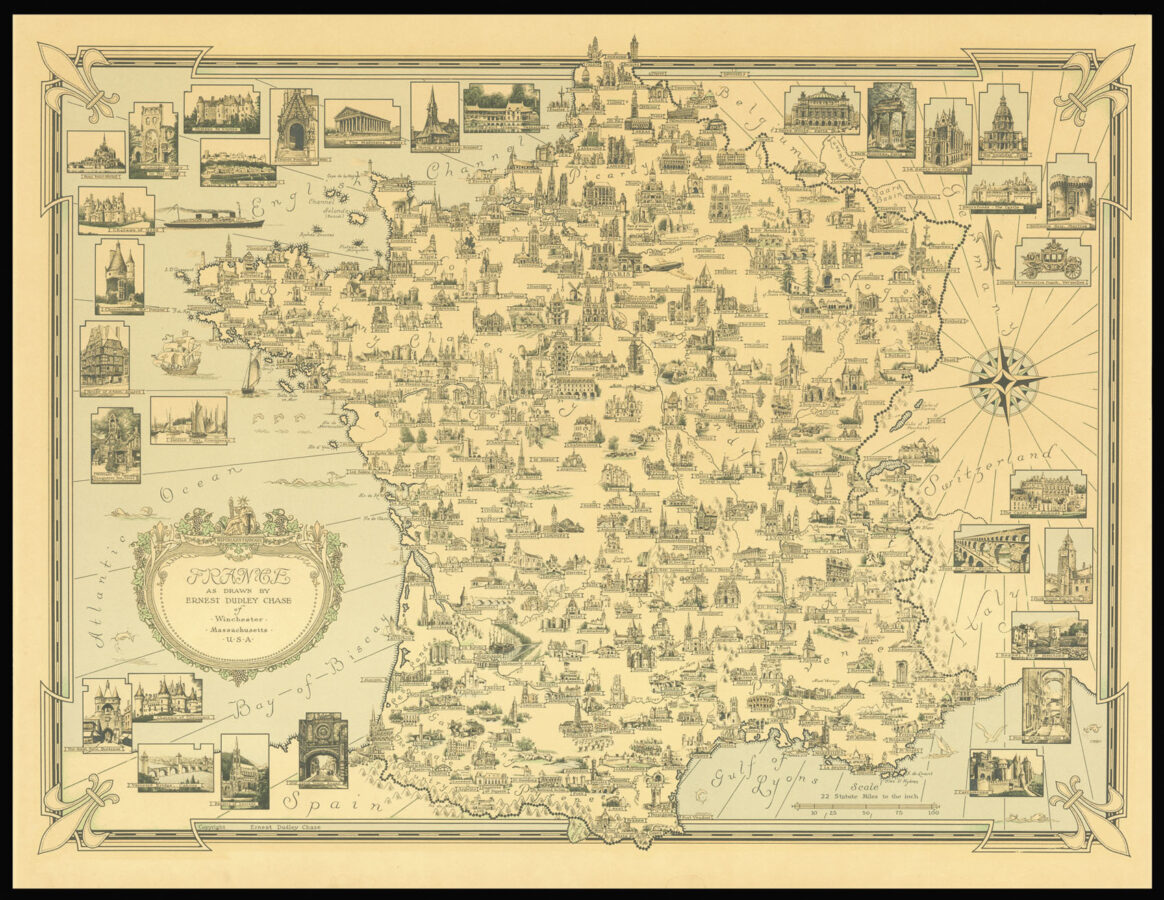 All major political baoundaries are marked, together with cities, rivers, and prominent landmarks. Surrounding the map are vignettes of French landmarks, including the Ponte du Gard, William the Conquers Inn, in Dives, and the House of Adam, in Angers.