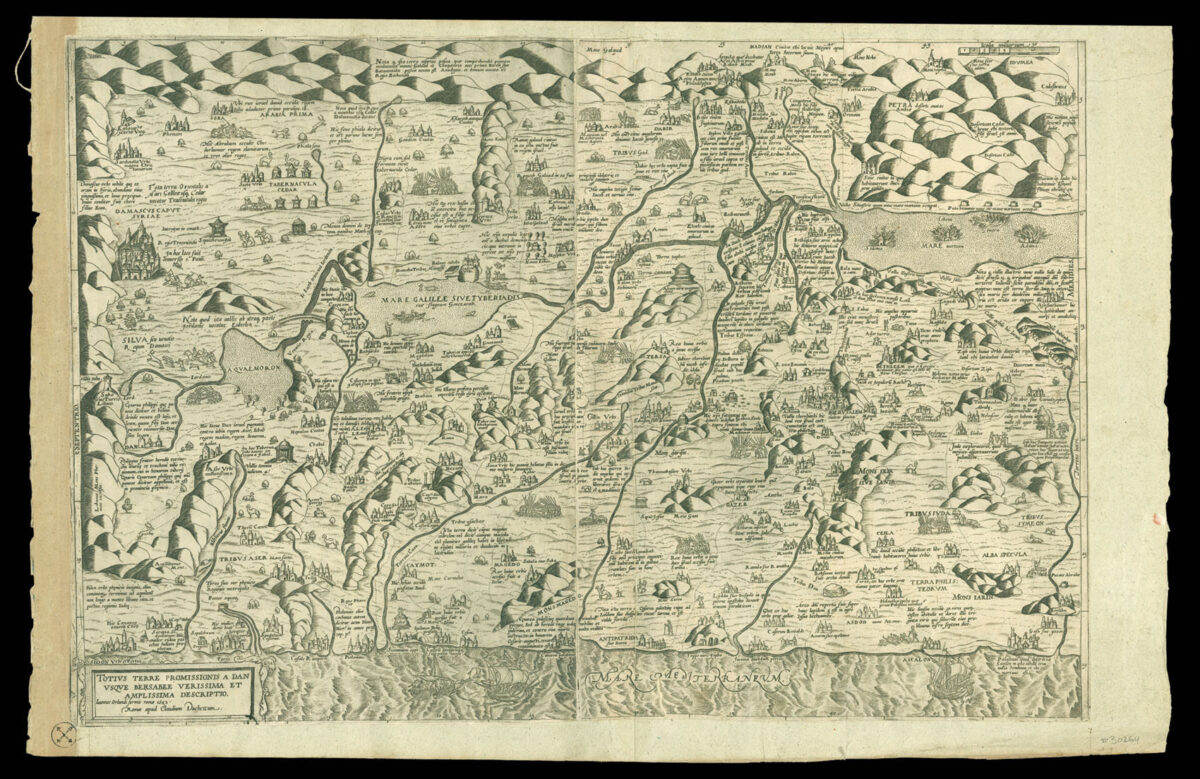 Highy detailed early map of the Holy Land, first issued by Claudio Duchetti in Rome in 1572.

The title translates as ​“A true and large description of the Promised Land, from Dan to Beersheba.”

The map is printed with two plates and oriented with East at the top and shows the shoreline of Palestine from Gaza to Sidon. Laor notes:

​“Although the title claims to be a true description, there are many errors in the location of the places. The important cities with the buildings are represented and the different episodes mentioned in the Bible are explained on the map. In the Dead Sea, the cities are shown as burning”.

Laor noted the original edition and this edition by Giovanni Orlandi, published in 1602, which is largely identical to the original, with the exception of the added credit in the title.

We note only the examples in the Bibliotheque Nationale de France and the Jewish National & University Library for the original Duchetti edition and an unrecorded Florimi edition in the BNF and British Library. Laor does not note the location of the Orlandi edition, but does indicate that the source of his record for the original Duchetti as being Beans 42, a reference to one of the Lafreri Atlases collated by George Beans.

The present example is trimmed to the plate mark and mounted on a larger sheet of paper. A comparison to the Jewish national & University Library copy shows that the map is complete, with no loss of image (see: www.jnul.huji.ac.il/dl/maps/pal/html/heb/pal002368527.htm).

From the first Western atlas of China