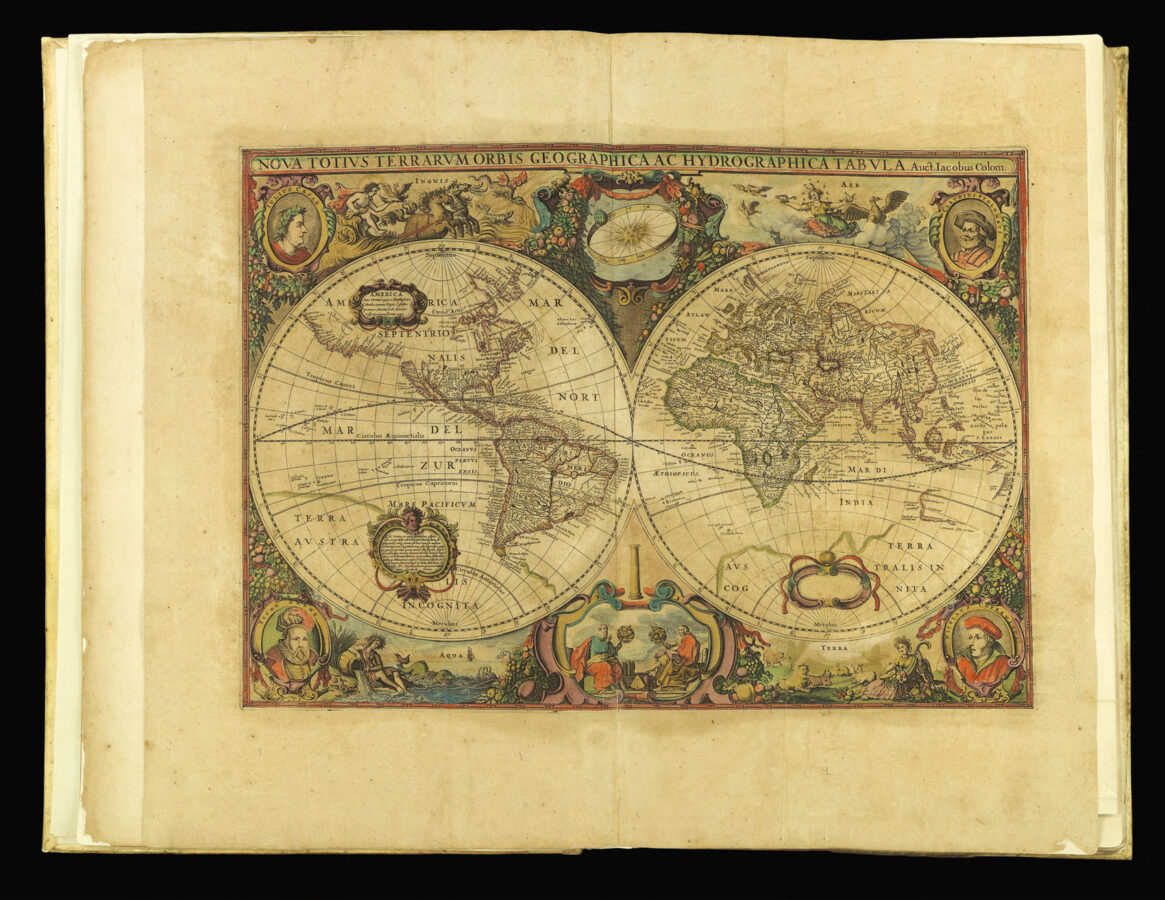 A double hemispheric world map, after one originally produced for a sea atlas issued by Colom’s son Arnold in c.1655. It was reissued and updated by Frederick de Wit in 1660, and the decoration here borrows from that example, with a similar sun within a zodiac circle between swags of fruit and foliage at the upper edge. The spandrels are filled with portrait medallions of famous geographers and representations of classical deities, who also personify the four elements: Apollo (fire), Artemis (air), Gaia (earth) and a river god (water). California is shown as a large island, while the western coast of America remains uncertain; as do the coasts of Japan and Australia. In Australia, the recent discoveries made by Abel Tasman do not appear, nor does New Zealand. Colom includes the vast outline of the mythical continent Terra Australis.