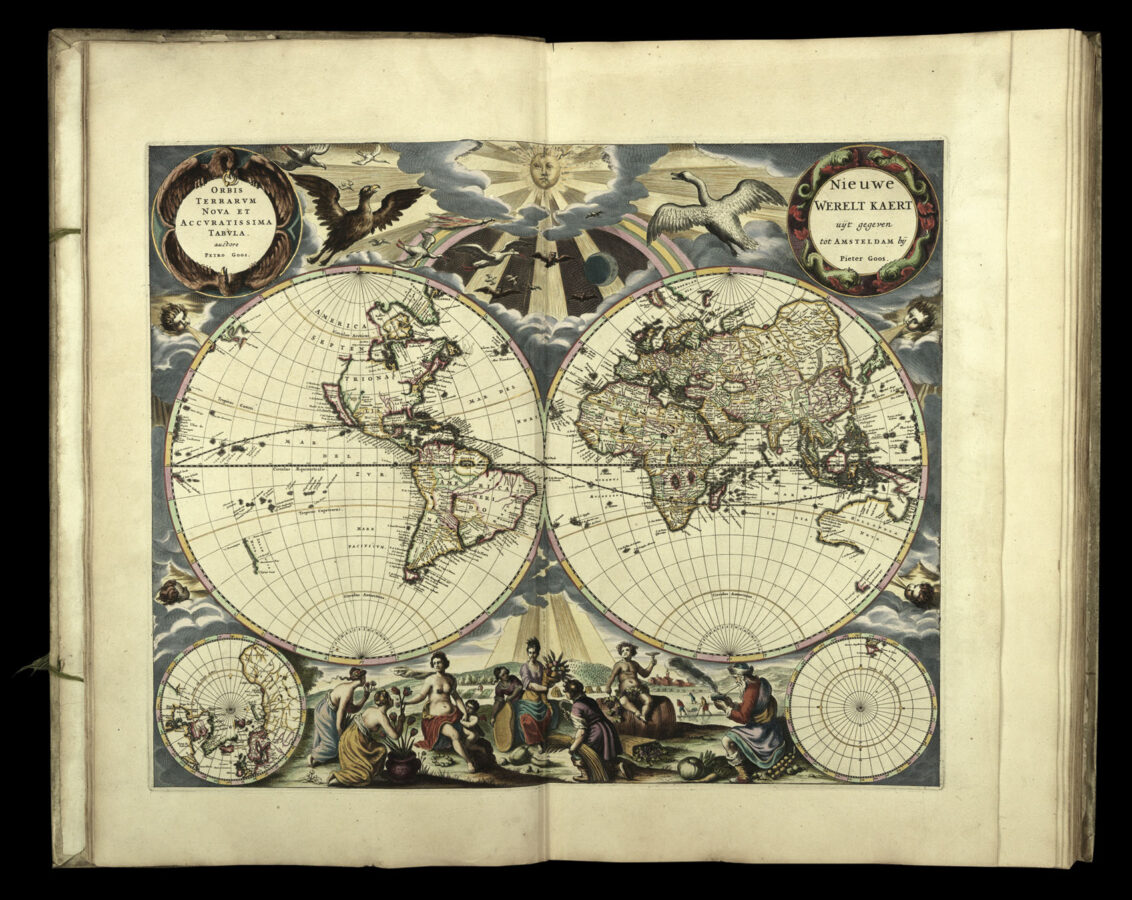 A beautifully decorated double hemisphere world map, with two smaller polar views in the lower corners. The southern polar view is completely empty; Antarctica does not appear, nor does the mythical Terra Australis. Instead, Australia (marked Nova Hollandia) is shown with reasonable proportions but left unfinished. The coastline of Tasmania is drawn after Abel Tasman’s accounts. The northwestern coast of North America is similarly unfinished, and California appears as an island.

The decorations are whimsical for an atlas, and particularly Dutch in theme. The seasons sit grouped at the bottom. Spring is offered a pot containing tulips. The tulip craze had subsided from the bubble of 1637, but the flowers were still very popular. Winter smokes a pipe, while Breughel-esque skaters play ice games in the background. Among the birds flying towards the sun at the top of the map are a goose, a visual pun on Goos’ name; eagles, owls and doves representing Jupiter, Minerva and Venus; and a bird of paradise, with a long multicoloured tail and no legs. Birds of paradise were so named because when they were sent to the Netherlands their legs were cut off in order to make them easier to transport, which resulted in the popular myth that they spent their whole lives on the wing — they lived next to heaven.