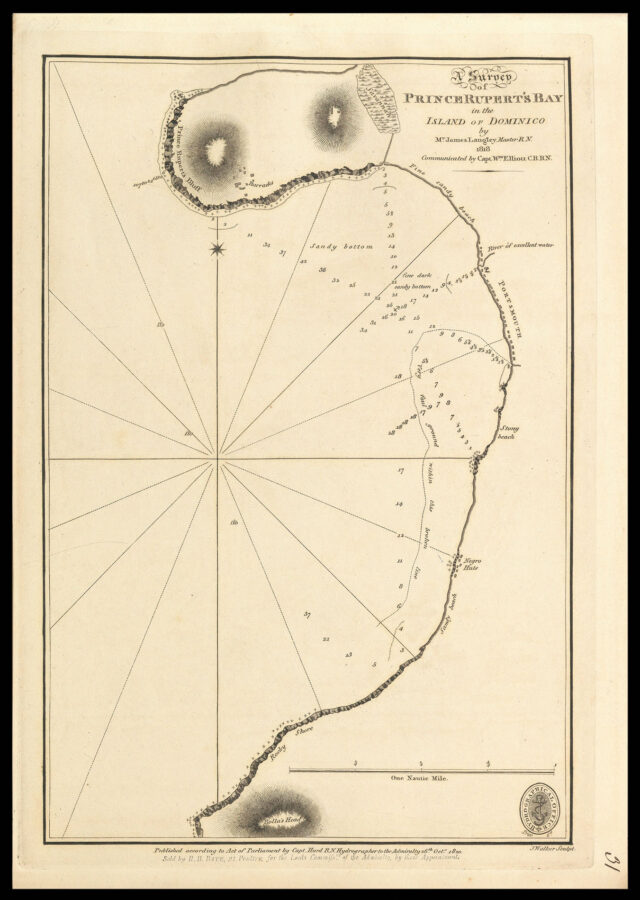 The survey was carried out by James Langley master R.N. aboard H.M.S. Scamander, captained by William Elliot.