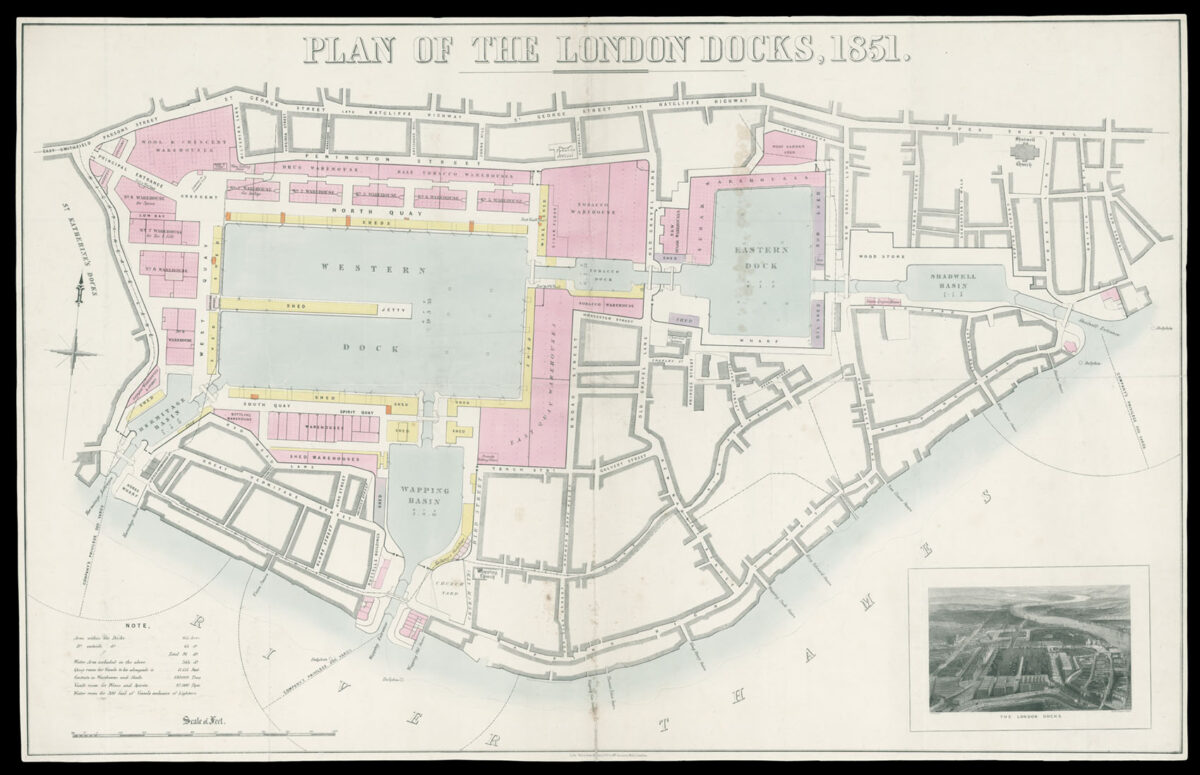 The London docks, situated in Wapping, were built between 1799 and 1815 at a cost exceeding £5.5 million. London by this point had outgrown the wharves on the Thames, and more capacity was desperately needed. The principal architects were Daniel Alexander and John Rennie. The docks specialised in high-value items such as ivory, spices, coffee, cocoa, wine and wool. The docks would later be amalgamated with St. Katherine Docks.