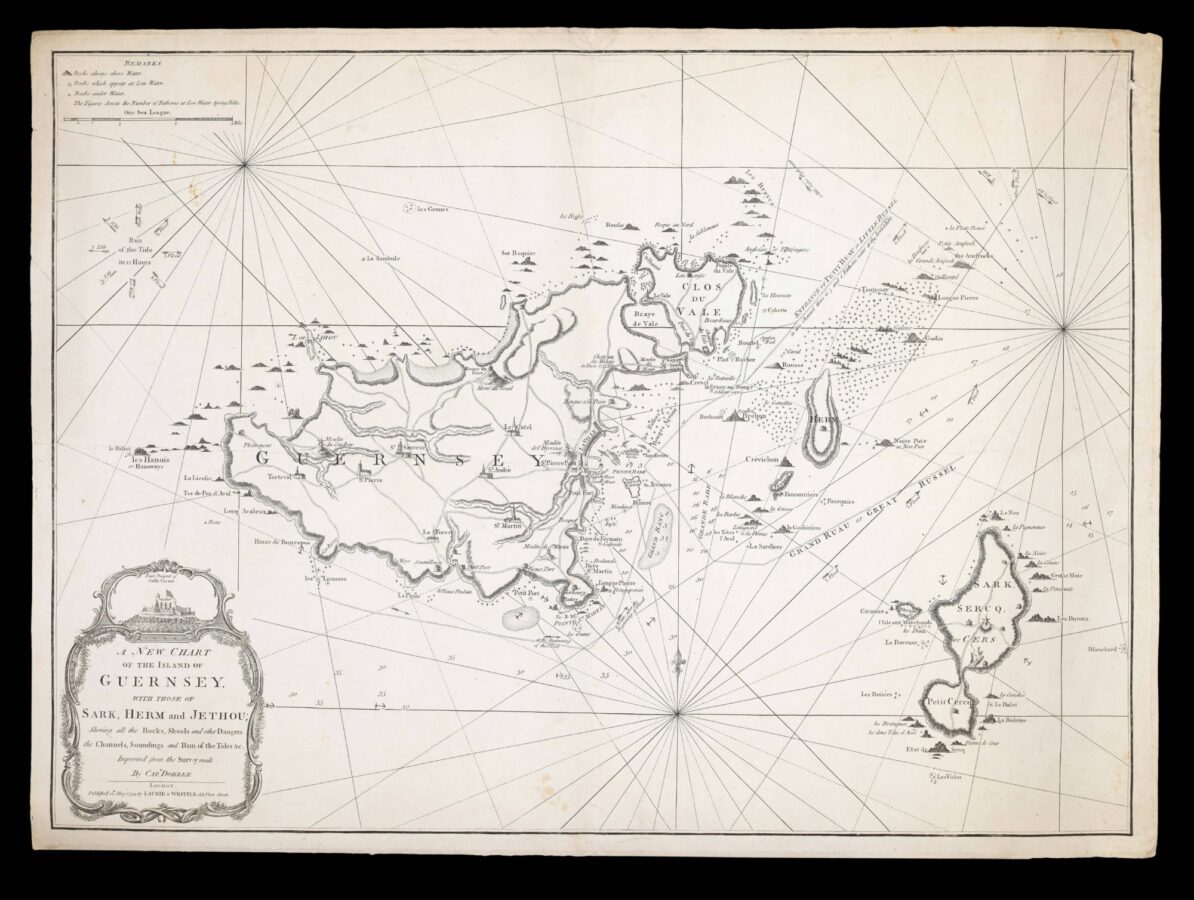 A New Chart of the Island of Guernsey with those of Sark, Herm and Jethou; shewing all the Rocks, Shoals, and other Dangers; the Channels, Soundings and Run of the Tides &c. Improved from the survey made by Capt. Dobree.

One of the most detailed charts of Guernsey published in the eighteenth century.

This scarce chart of Guernsey, Sark and Herm,is printed from a new plate, copied from Dobree’s original of 1746. The title cartouche contains a small vignette prospect of Castle Cornet.

On the island of Guernsey, there is a memorial to the Dobree family, including this eulogy ​“To the Memory of Monsieur Nicolas Dobrée Who filled with great Objects of Religion and sincere Piety, was a good Husband, a good Father, a good Master, faithful & generous Friends. This zealous Citizen gave his care to the safety of Navigation, to the Perfection of the Port, and to the Erection & Establishment of the Hospital of this City, of which he was until his death the main support. Abundant in Charity & contributing with all his power to the happiness of his Fatherland, he looked at Heaven as the one to which he should aspire; by adjoining, with a humble confidence of the Divine goodness a happy Imortality He died on the 18th of November 1751 Aged 73 Years”.