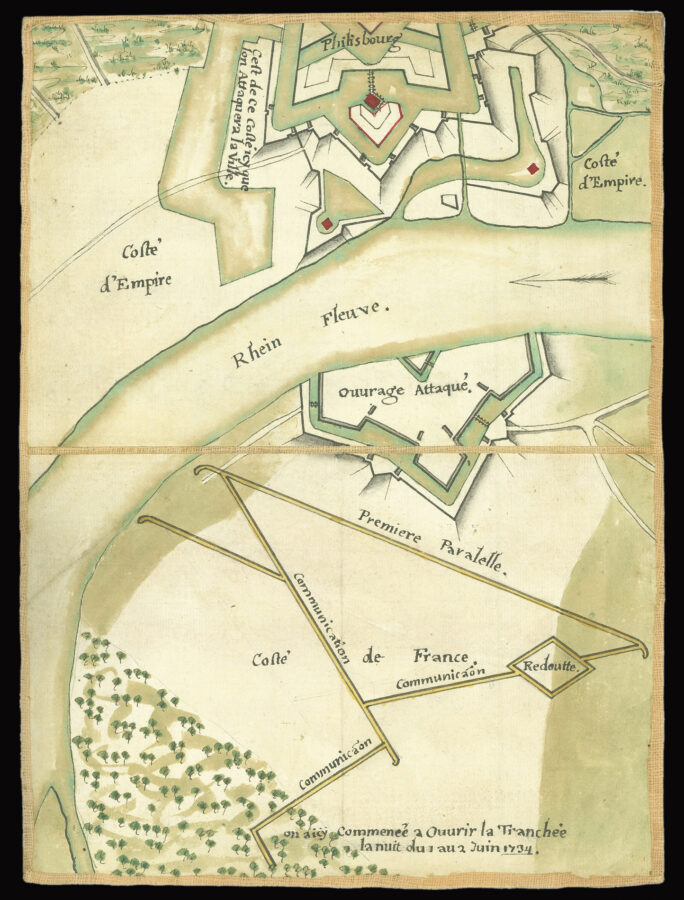 Diminutive plan of the Siege of Philipsburg

Diminutive plan of the Siege of Philipsburg, detailing the French trench work of the 1st and 2nd of June 1734.