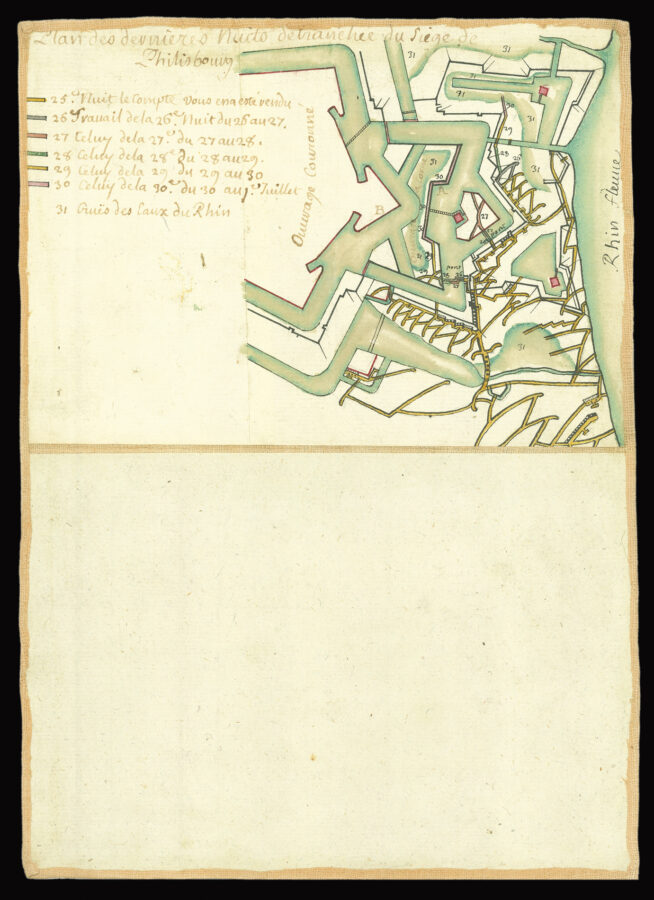 Diminutive plan of the French siege of Philippsburg

Diminutive plan of the French siege of Philippsburg, detailing the French trench work between the 25th and 30th of July 1734. The trench works are colour coded by time of excavation.