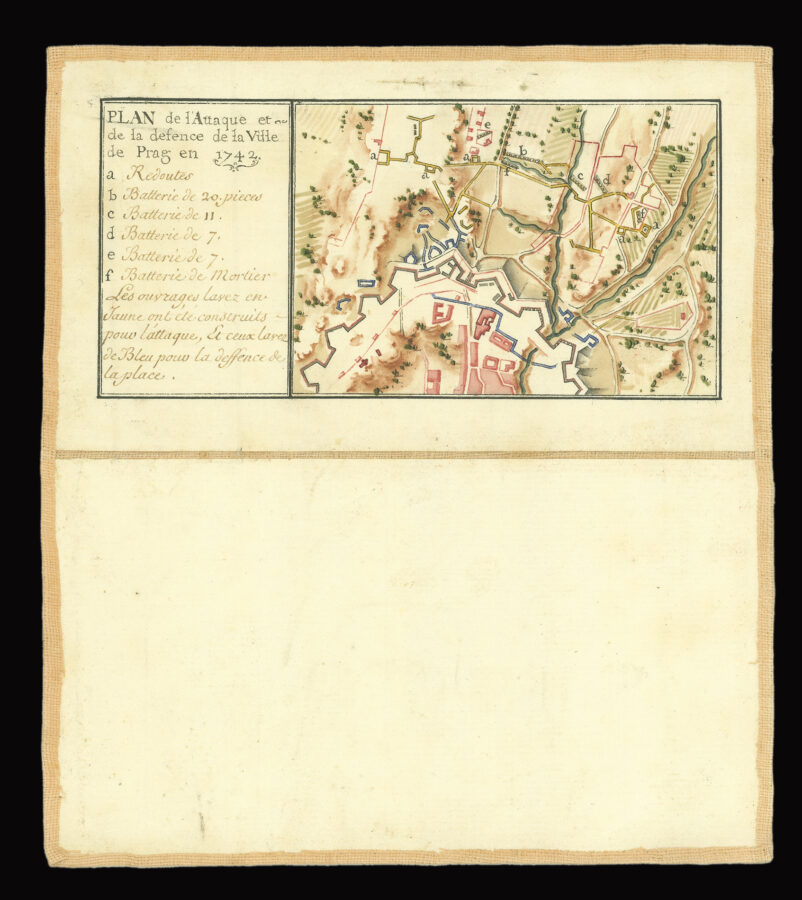 Diminutive plan of the attack and defense of Prague, during the French occupation of 1742

Diminutive plan of the attack and defense of Prague, during the French occupation of 1742.

The French had occupied the city as part of the Bavarian and Bohemian campaign, during the War of Austrian Succession. A key to the left gives details upon the redoubts and batteries.