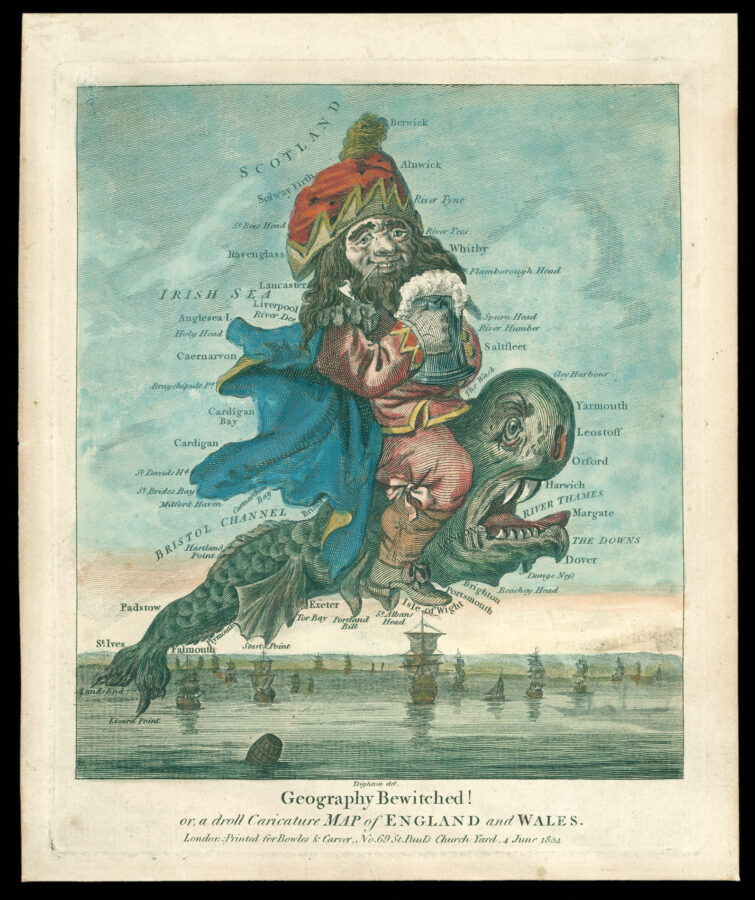 Geography Bewitched or a droll Caricature Map of England and Wales.

This humorous map is part of the series of cartographic caricatures — including England and Wales, as here, Scotland, and Ireland — which Robert Deighton first produced in the late eighteenth century. England and Wales are depicted as John Bull with full tankard of beer in hand and riding a monstrous fish.

The map like much of Dighton’s caricatures would be published as a print by Carrington Bowles (fl.1752–1793). Carington Bowles worked initially with his father, John Bowles, before leaving to take over his uncle Thomas Bowles (II)‘s business, circa 1762. Carington Bowles was one of the most active mapsellers and publishers of his day in London. His business was continued by his some Henry Carington Bowles who, in partnership with Samuel Carver, continued to publish maps and prints well into the nineteenth century.