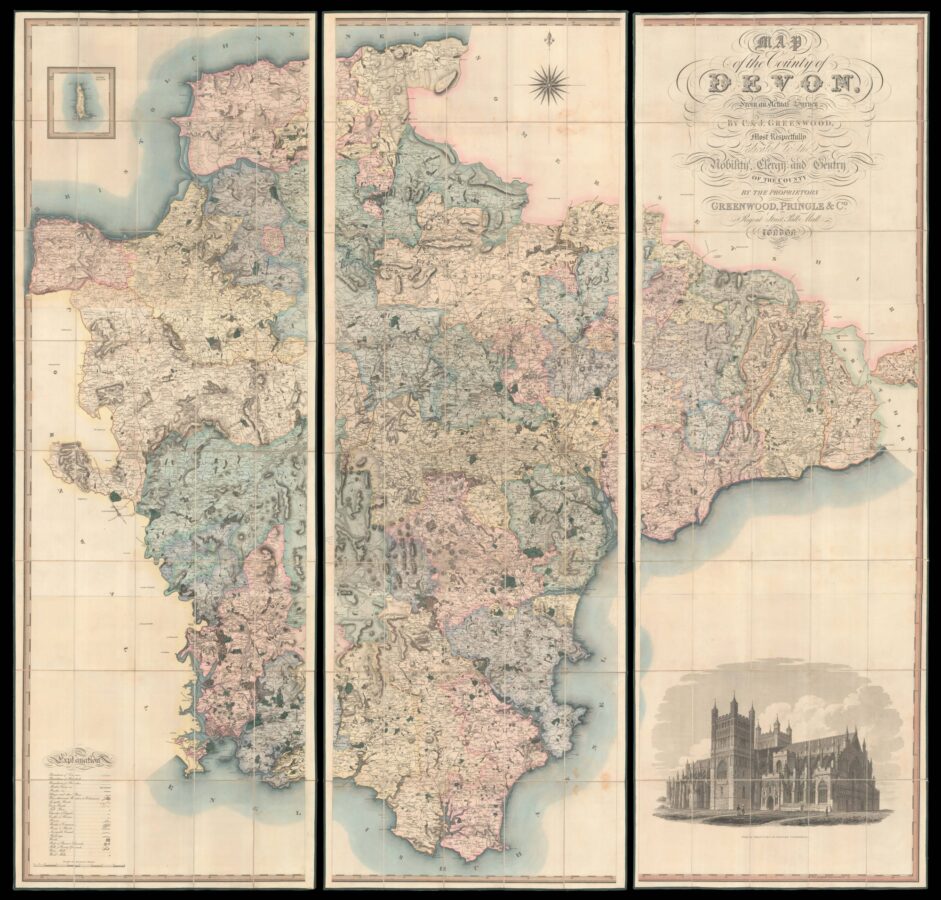 Map of the County of Devon

from an Actual Survey made in the Years 1825 & 1826. By C. & J. Greenwood. Most respectfully Dedicated to the Nobility, Clergy & Gentry of the County.