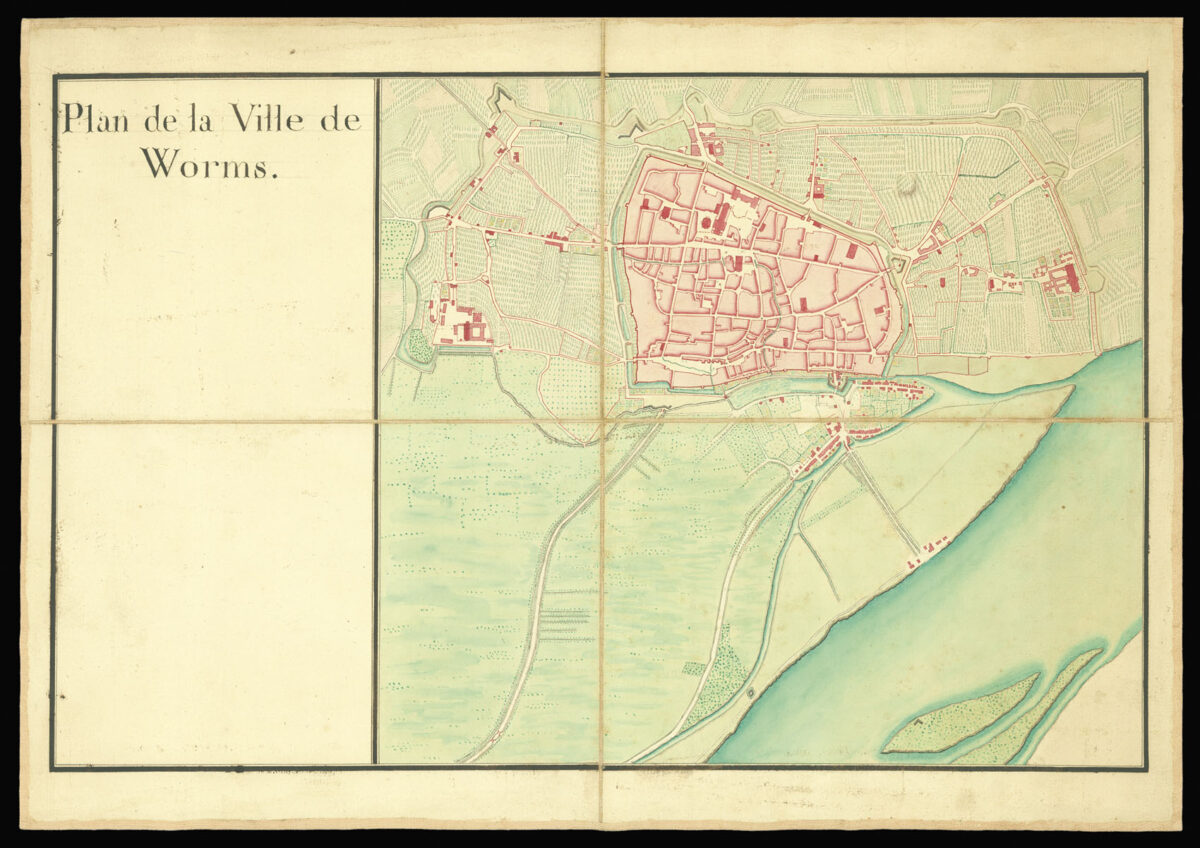 Detailed plan of the town of Worms, Germany, in 1743