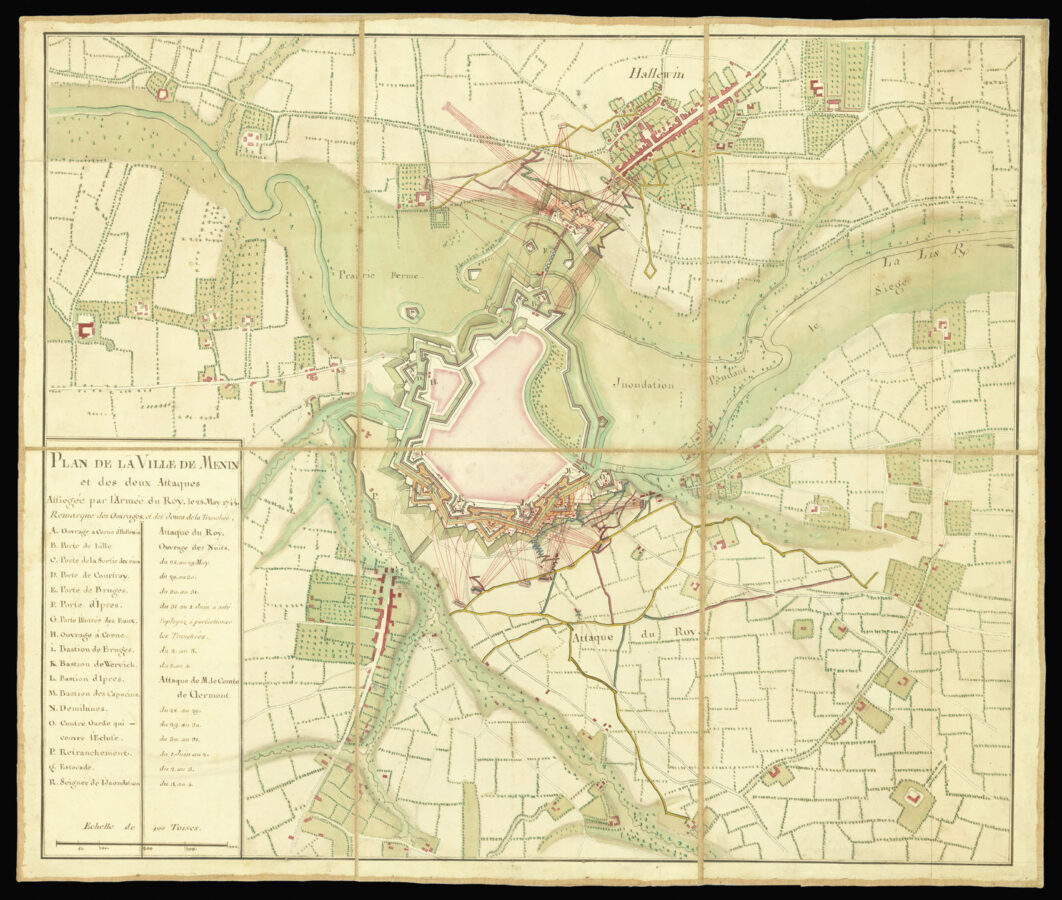 Detailed plan of the town of Menen in Belgium

Detailed plan of the town of Menen in Belgium.

The plan shows the town during the French attack on 28th May 1744. The French under the command of Louis XV had invaded the Austrian Netherlands, in May 1744 as part of the Second Silesian War, during the Wars of Austrian succession.

The plan show the position of French army to the north and south of the town. The extensive French trench work is depicted in yellow, red, and green; with the position of the artillery marked, together with their range and direction. A key to the lower left provides information upon the towns fortifications, together with the dates of the King’s and the Comte de Clermont’s attacks upon the town.