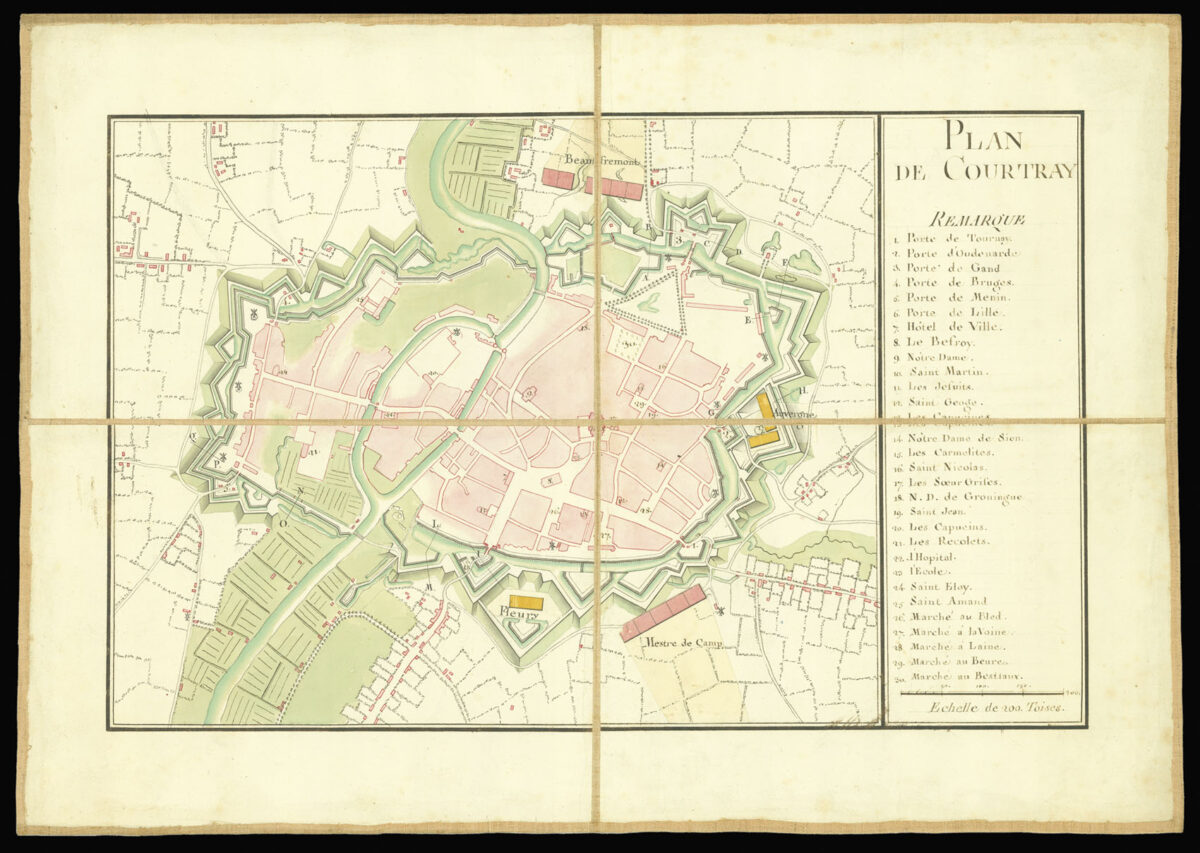 Detailed plan of the town of Kortrijk in Belgium

Detailed plan of the town of Kortrijk in Belgium.

The plan shows the town during the French occupation of 1744. The French under the command of Louis XV had invaded the Austrian Netherlands, in May 1744 as part of the Second Silesian War, during the Wars of Austrian succession.

The plan show the position of French infantry (yellow) and dragoons (red). A key to the left gives information regarding the town’s buildings and defences.