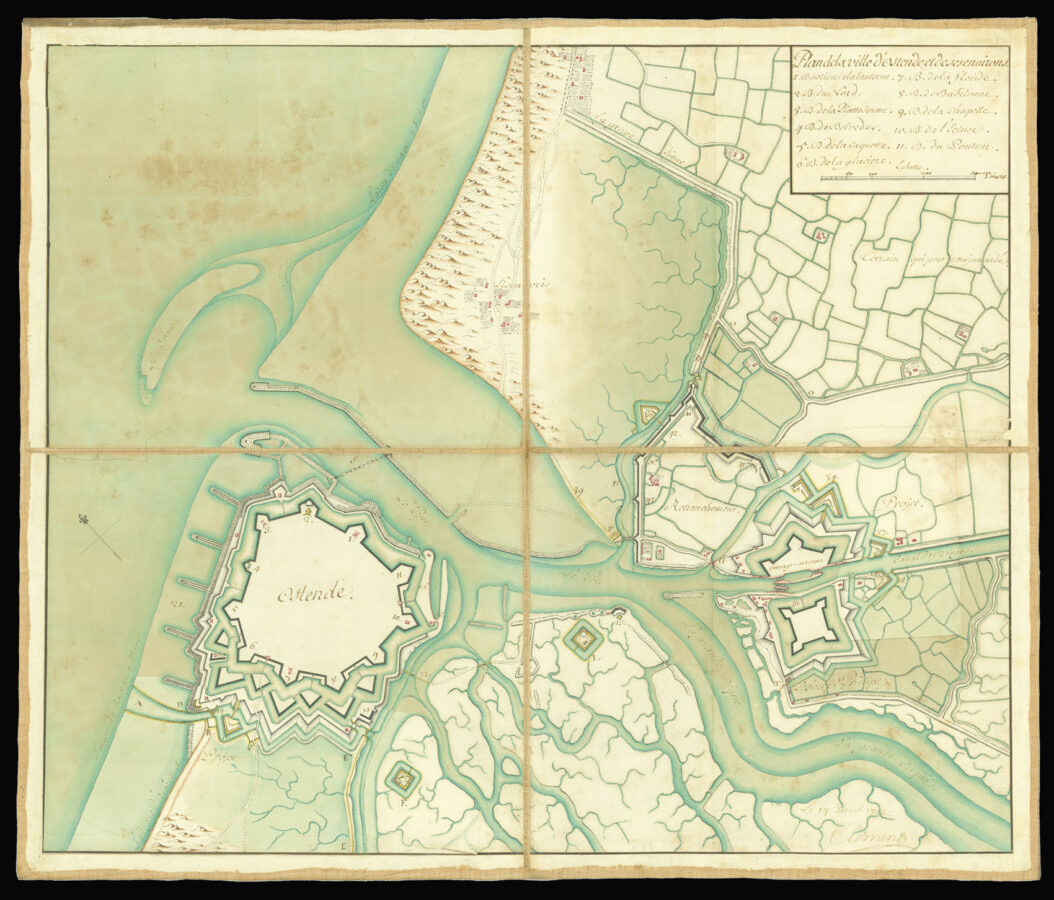 Detailed plan of the port of Ostend

Detailed plan of the port of Ostend.

The plan bears two dates: Dec. 1702 and signed ​‘Clemens’ to the lower right, and 1745 to the verso. The most likely explanation is that this early plan was used by the French sfduring their occupation of the port following their victory at the battle of Fontenoy. To the upper right below the title is a key to Ostend’s bastions. Two manuscript overslips show defensive improvements to Ostende and Fort St. Philip.