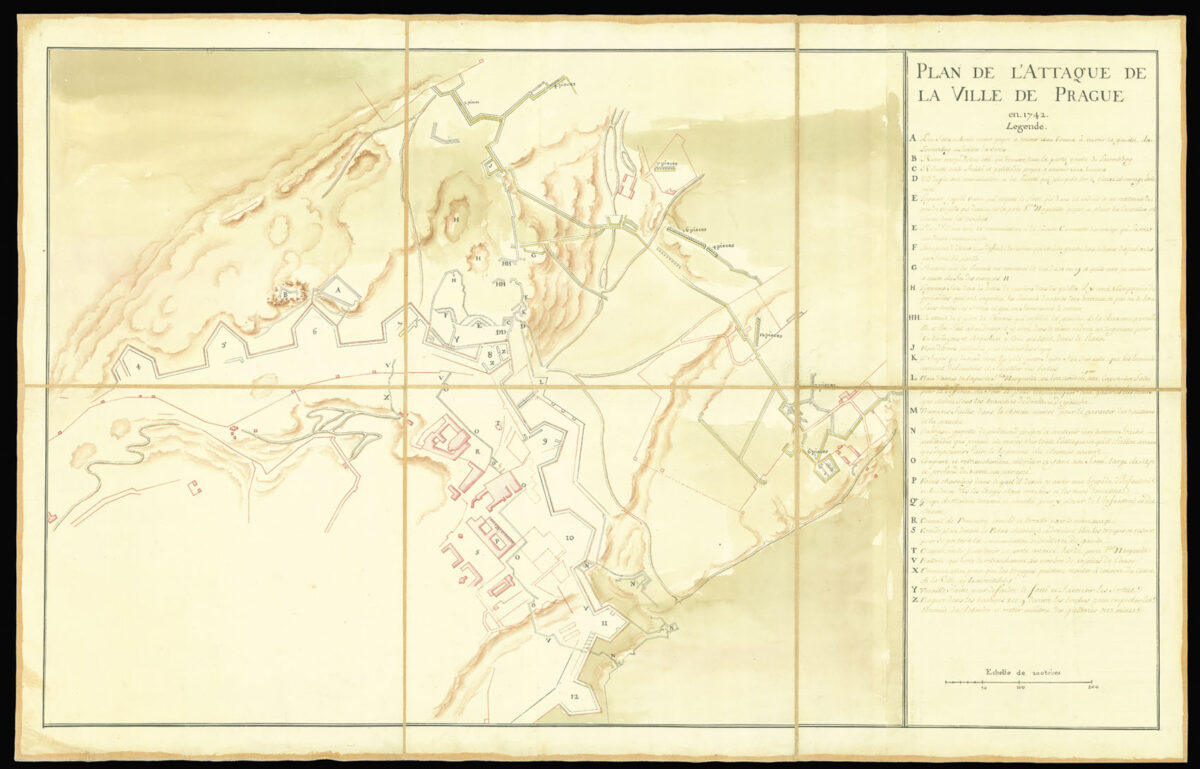 Detailed plan of the French defences during the 1742 siege of Prague.

The Austrian trenches are clearly marked in yellow to the left of the plan together with the position of their artillery. A key to the right provides information upon Prague’s fortifications and the Austrian’s offensive lines.

The 1742 Siege of Prague was an extended blockade of Prague during the War of the Austrian Succession. French forces first under the command of de Broglie were surrounded by a large Austrian army in June 1742. A French relief column forced the Austrians to partially lift the siege in September, at which time de Broglie escaped from the besieged city, leaving it under the command of Belle-Isle. When the Austrians renewed the siege after halting the advance of the French relief, conditions in the city became quite difficult, but the Austrians failed to maintain a tight cordon around the city. On 16 December, Belle-Isle led 14,000 troops out of the city on a ten-day march to the French-held city of Cheb. In wintry conditions, Belle-Isle succeeded in fending off Austrian scouting parties until the army reached the Bohemian Forest four days later. The Austrian command did not learn of the French departure until 18 December, but believed they had successfully cut off all the routes of escape when Belle-Isle boldly led his army off the road and into the mountains. After a difficult crossing in which weather and disease took a marked toll on the French army, they reached Cheb on 9th March.