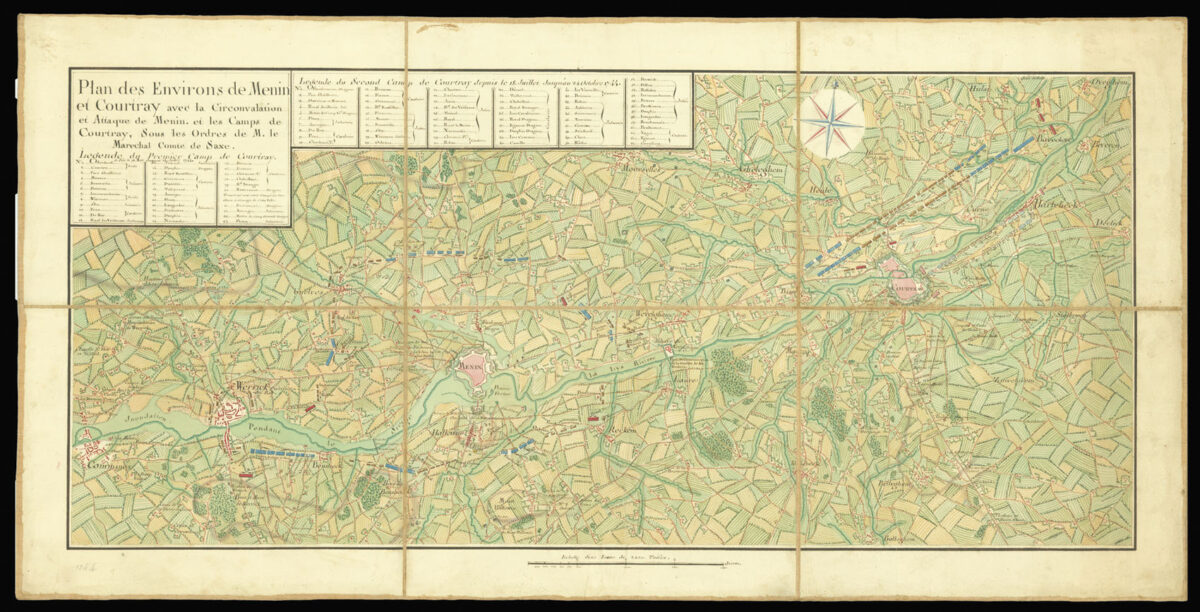 Detailed plan of the French camp near Courtnay and the Siege of Menin in 1744, during the War of Austrian Succession

Detailed plan of the French camp near Courtnay and the Siege of Menin in 1744, during the War of Austrian Succession.

The plan contains a great amount of detail including hamlets , towns, cities, rivers, roads, forests, and fields. Each battalion is numbered and named in a key to the upper left. The key lists infantry (yellow), cavalry (blue), the dragoons (red).