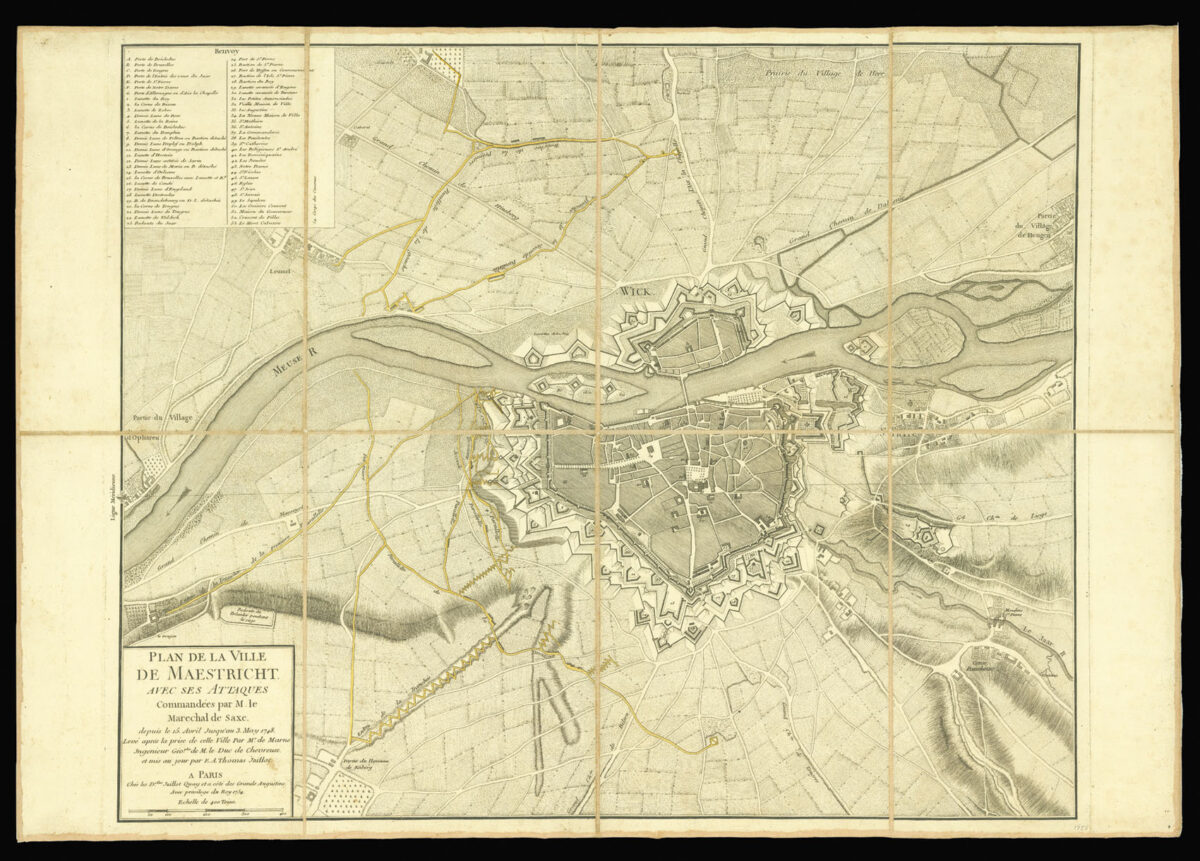 Detailed plan of the French attacks to the city of Maastricht

Detailed plan of the French attacks to the city of Maastricht.

The map shows many topographical elements such as fields, meadows, woodlands, roads and buildings. Marked in yellow are the French trenches and their army’s attacks to the north part of Maastricht.

The key lists the city gates, lunettes, forts, churches and main buildings, thus providing a fine description of the city and its surrounding territory.