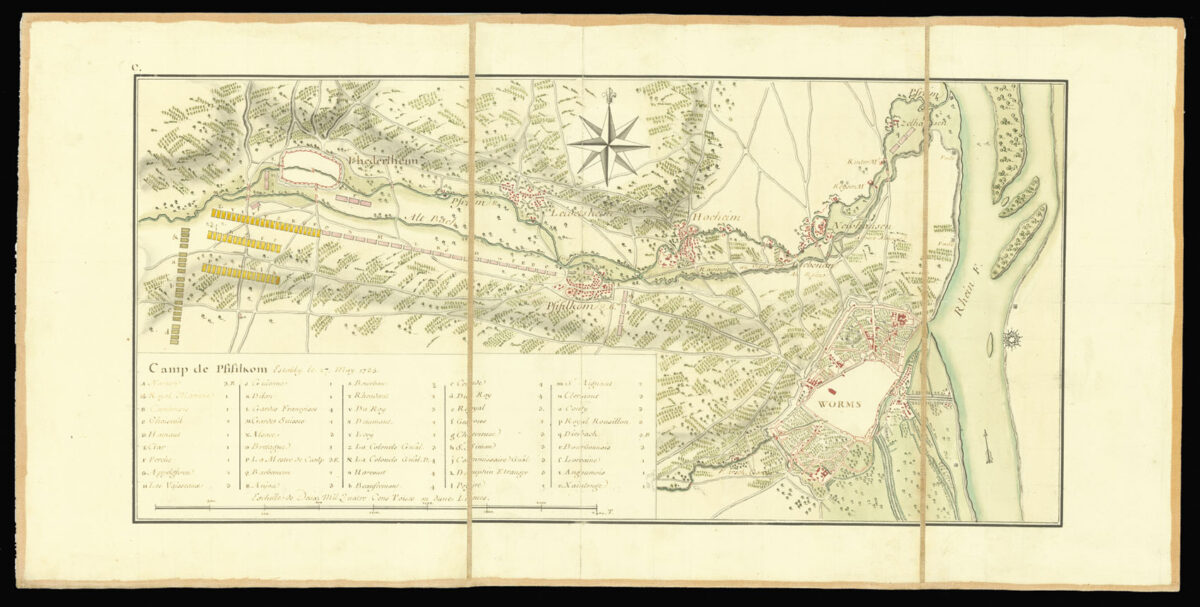 Detailed plan of the French army camp near Worms, established 27th May 1735, during the Rhineland campaign

Detailed plan of the French army camp near Worms, established 27th May 1735, during the Rhineland campaign. The campaign was part of the War of Polish Succession.

All the regiments are named to in a key to the lower left, and are colour coded: infantry yellow; dragoons red; and cavalry green.