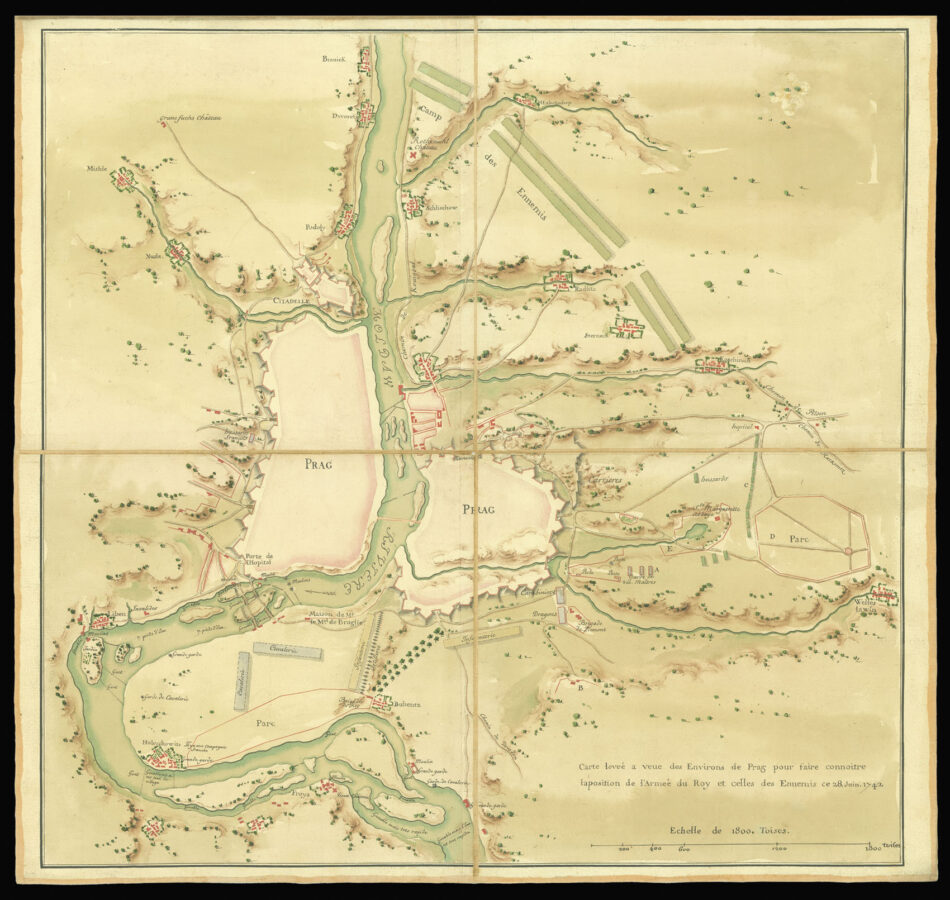 Detailed plan of the French and Austrian troops’ positions surrounding Prague, on the 28th June 1742, during the Austrian siege of the city. The Austrian force is situated to the upper right of the plan, and coloured green; whilst the French force lies to the lower left, with cavalry and dragoons (blue) and infantry yellow.