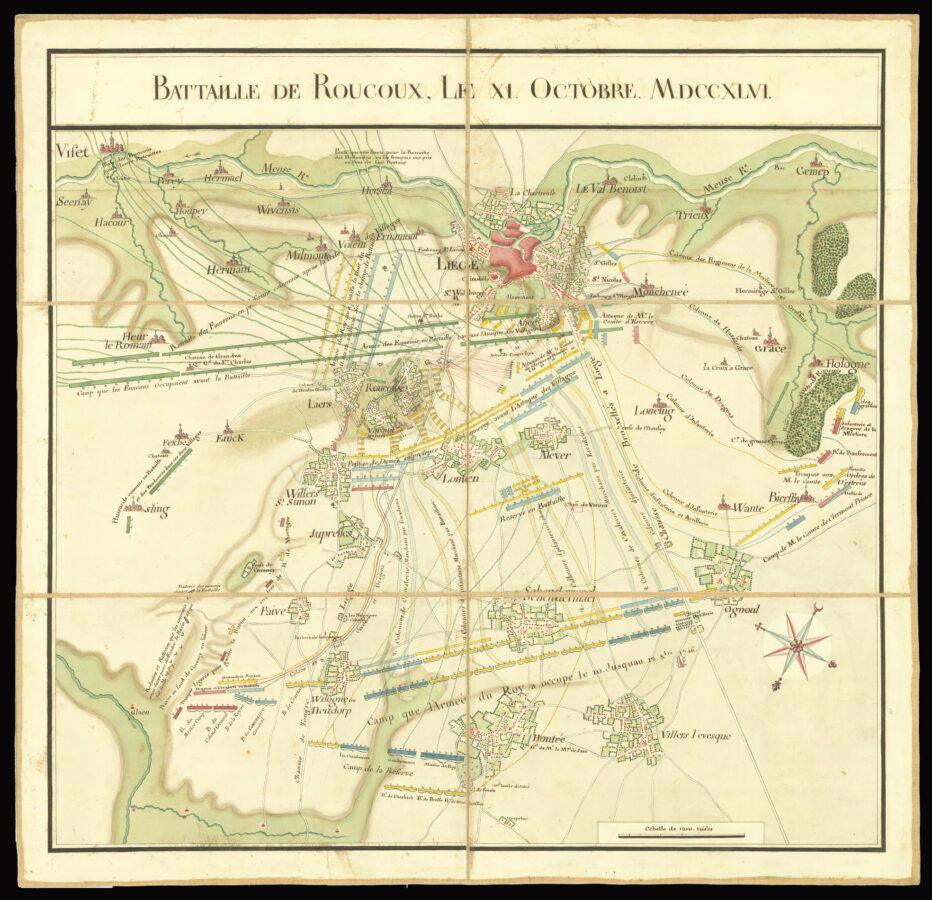 Detailed plan of the battle of Roucoux

Detailed plan of the battle of Roucoux, which took place on 11th October 1746 on the west bank of the river Meuse, between the French and an allied army composed by British, Hanoverian, Austrian and Dutch troops.

The French were lead by General Marshall Saxe while the allies by Prince Charles of Lorraine and Sir John Ligonier. Prior to the battle, Saxe had already captured Brussels, Antwerp, Namur and Charleroi, and was now determined to invade Holland.