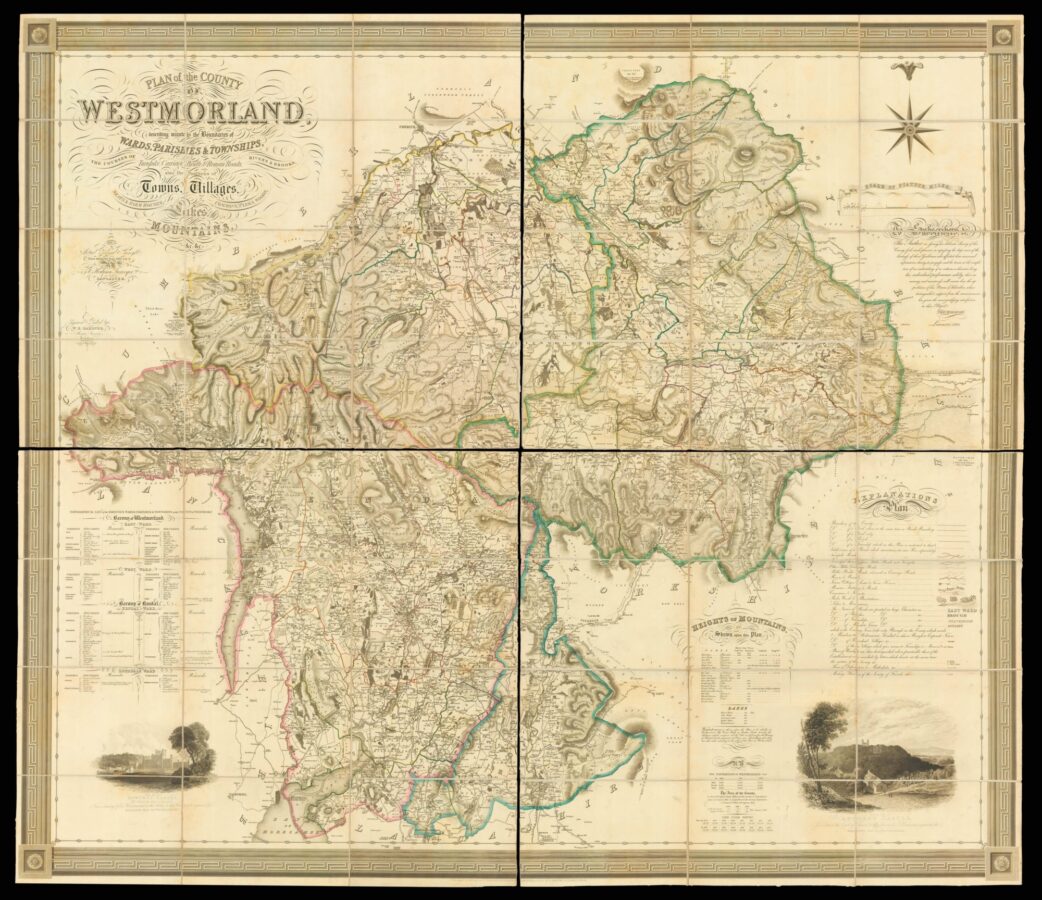 In 1810, Thomas Hodgson, a schoolteacher and amateur antiquarian, was commissioned to write a ​‘Topographical and Historical Description of Westmorland’. The provided an extremely detailed overview of the whole of the county, including a discussion of the ​‘last appearance of snow on the mountains’ which concluded that this was typically seen on 16th May, the design and construction of the traditional barns in the region, and the many crops grown there, right down to the specific varieties of oat favoured in the district. Hodgson also addressed styles of vernacular, furniture and clothing, traditional foods, and customs such as ​‘throwing the stocking’.

The ​‘Description’ included a fold-out county map, which may have been the basis for Hodgson’s later map of Westmorland published in 1828. This large map is hugely detailed, with settlements, geographical features, roads, important buildings and relief represented across the county. Surrounding the main image are tables and lists concerning key areas, lakes and mountains, as well as a key explaining the symbols used on the map. In the lower left-hand corner a vignette shows Lowther Castle, the seat of the earl of Lonsdale, as seen from the North West commissioned by the family for the map and drawn by De Wint; in the opposite corner a second vignette shows Appleby Castle from the South East. Appleby was the seat of the Earl of Thanet, who commissioned J. Henderson to draw the castle for Hodgson’s map.