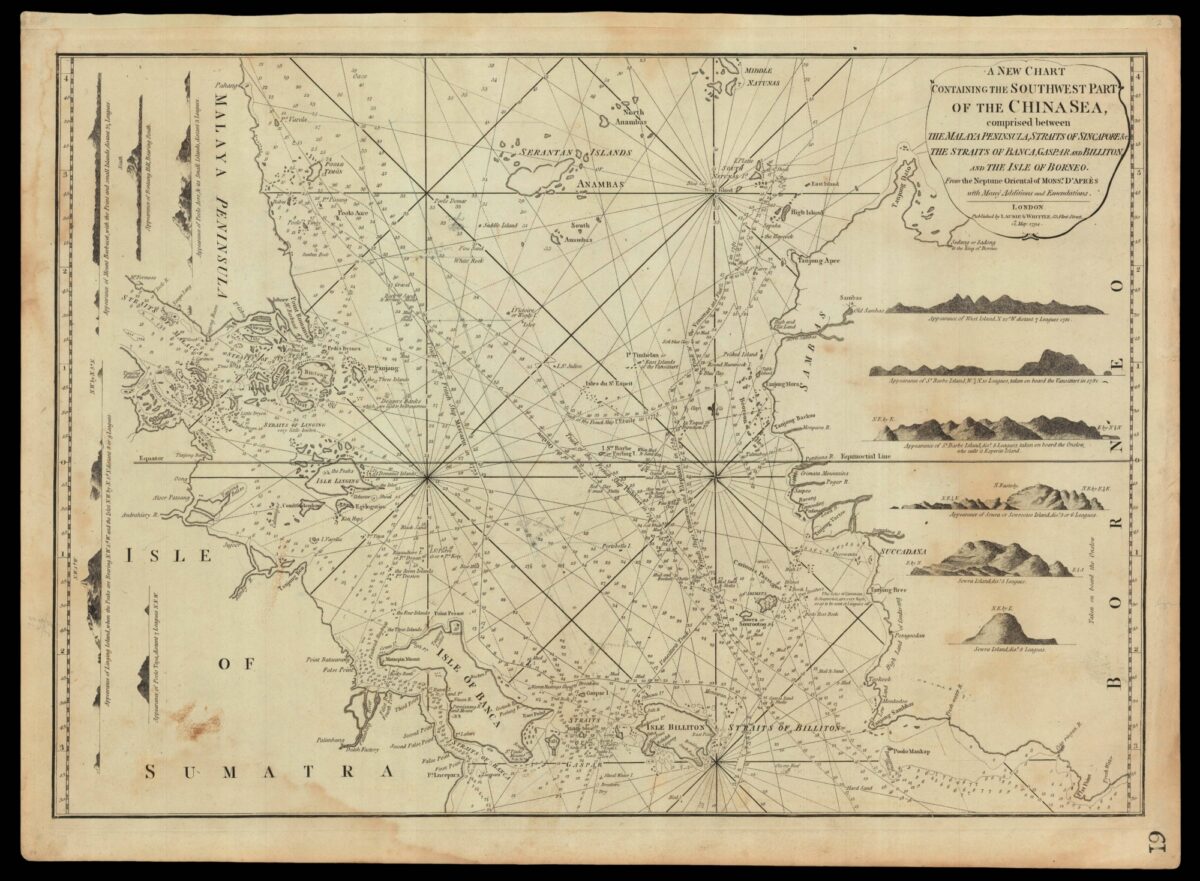 Detailed chart of the Singapore Strait

A New Chart containing the Southwest Part of the China Sea comprised between the Malaya Peninsula, Straits of Sincapore &c, the Straits of Banca, Gaspar and Billiton, and the Isle of Borneo. From the Neptune Oriental of Mons.r D’Apres with Many Additions and Emendations.

The chart shows the critically strategic southern tip of the Malay Peninsula and the Malacca Strait and extends east to the western coast of Borneo, and south the Sumatra. The islands of the Singapore Strait are shown in great detail, including the island of ​“Sincapore”.

Based on D’Apres Mannevillette’s ​‘Carte de la partie comprise entre la Sortie du Detroit de Malac le Detroit de Banca e l’Isle Borneo…’ (1775), the chart is vastly more detailed, particularly in area that encompasses the coast of Malaysia and the Singapore Strait, and plots the tracks of a number of relatively recent voyages, including the Mascarin (1773), the Onslow, the L’Etoile (1775), the Vansittart (1781), as well as those of earlier vessels. The map is busy with depth soundings and eleven coastal profiles; all of which was extremely important information to the British, who were seeking a stronghold in the area. From an early edition of Laurie & Whittle’s rare ​‘East India Pilot’, and one of the first charts published after their purchase of Robert’s Sayer’s business.

Laurie & Whittle’s ​‘East India Pilot’ was published as a practical guide to navigators aboard ships of the Royal Navy and East Indiamen, and often taken to sea, and this chart appears to be no exception, as it is gently waterstained. All variants of Laurie and Whittle’s ​‘Oriental’ pilots of eastern waters are scarce, and were published under several titles, each with a different complement of charts. Variants include: ​‘The Country Trade East-India Pilot, for the Navigation of the East-Indies and Oriental Seas, within the limits of the East-India Company’, ​‘The Complete East-India Pilot, or Oriental Navigator’, ​‘The East-India Pilot, or Oriental Navigator’, and ​‘The Oriental Pilot; Or, East-India Directory’ focusing on the most important charts used for the journey. 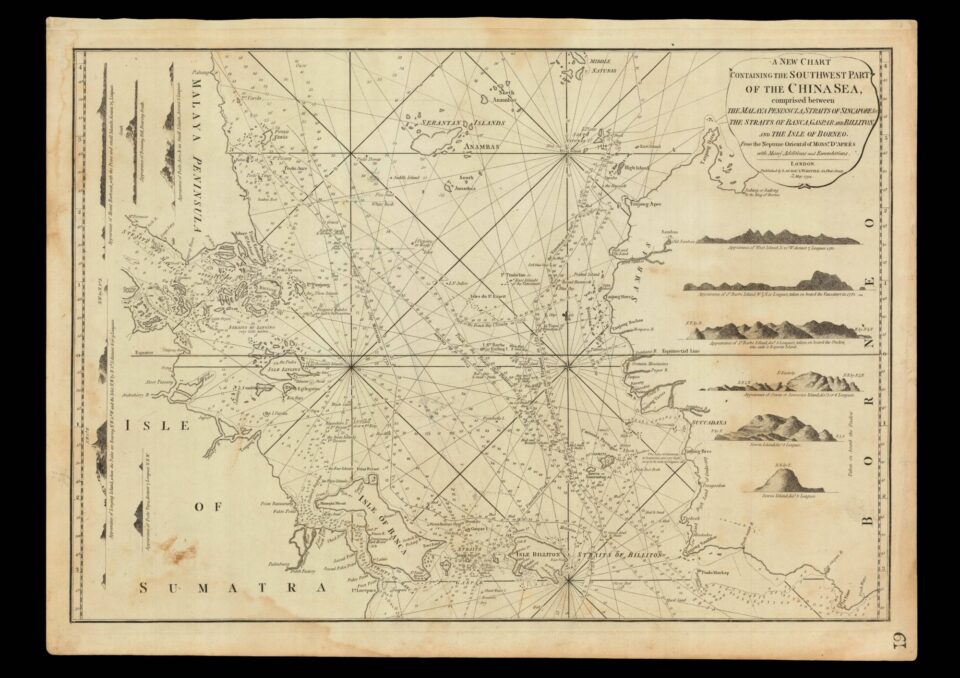