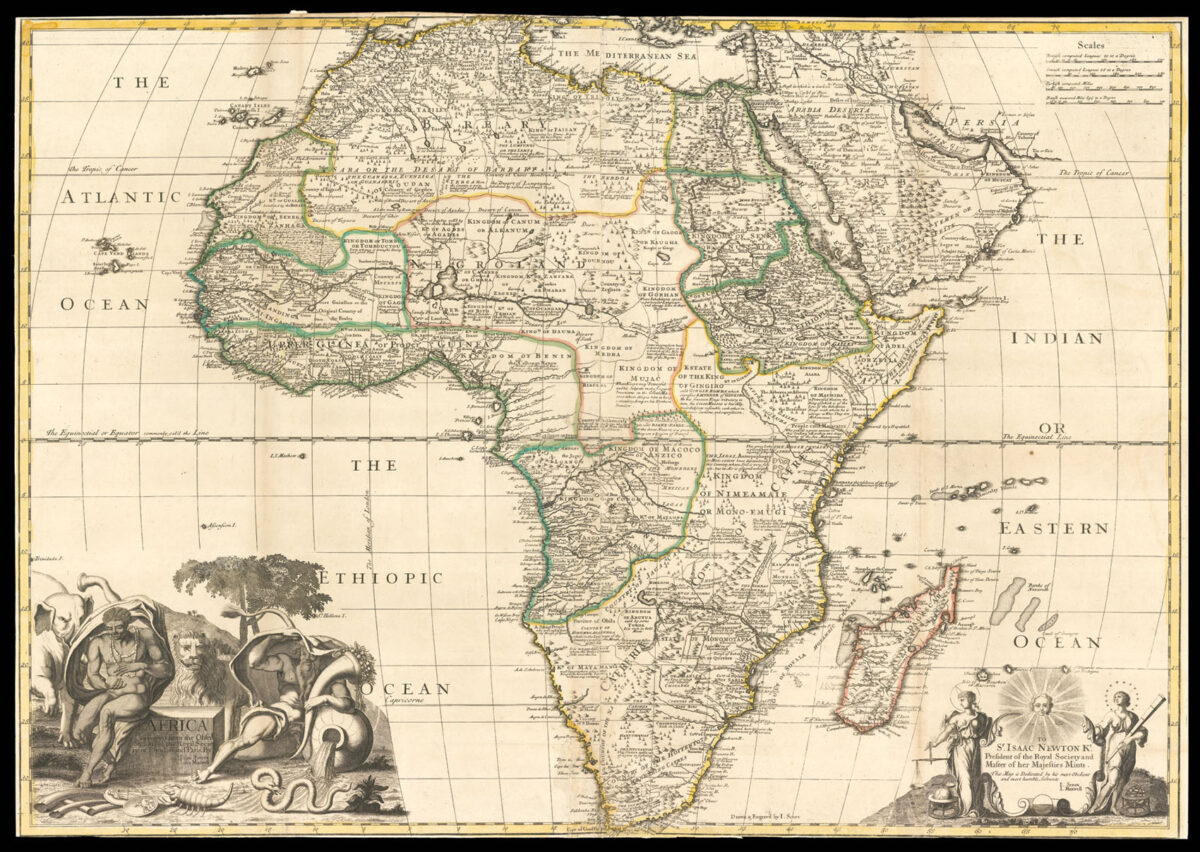 Africa Corrected from the Observations of the Royal Society of London and Paris.

A fine map of the continent of Africa. There is a large decorative title cartouche surrounded by an elephant, a lion, and a rather fat scorpion. A few elephant tusks on the ground signify one of the primary interest for Europeans in Africa. The map is dedicated to Sir Isaac Newton, with the figures representing the sciences on either side, and a glowing head of the Christ Child above. Newton was at that time President of the Royal Society and Master of the Mints, wielding considerable influence. He was also interested in Egyptology, hence perhaps the dedication of this map. Newton attributed the knowledge of heliocentrism to the Egyptians, and wrote that they ​‘concealed mysteries that were above the capacity of the herd’.

John Senex (1678–1740) was an English publisher and mapmaker, who rose to become geographer to Queen Anne and a member of the Royal Society. He went into partnership with John Maxwell in Fleet Street in the early eighteenth century, although they later parted ways.