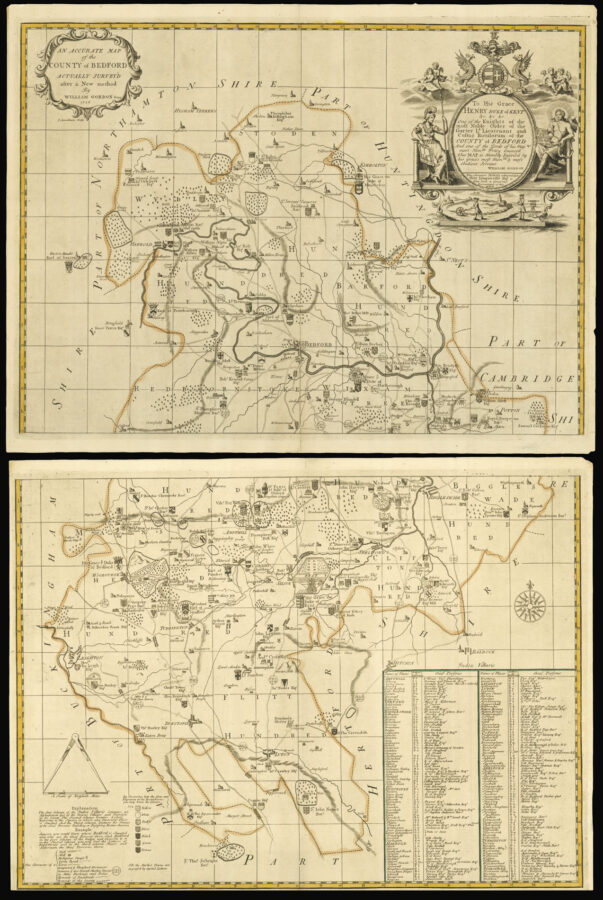 Dedicated to a smelly Duke

An Accurate Map of the County of Bedford actually surveyed after a New Method by William Gordon, Gent, 1736.

William Gordon is known only through the production of two surveys, of Bedfordshire and Huntingdonshire.

The seats of local gentry are shown with small shields bearing the arms of the inhabitants next to them. A two inch grid has been engraved over the map with letters in the borders forming a reference key to the Index Villaris, which lists ​“Names of Places and Chief Persons” of over 160 towns and villages in the county.

The map is dedicated to Henry Grey, 1st Duke of Kent, and Lord Lieutenant of Bedford. Grey was a rather unsuccessful politician, who was nicknamed ​“Bug” in the House of Lords for his unpleasant body odour. He was more successful as a patron of the Royal Academy of Music, and a founding governor of the Foundling’s Hospital.