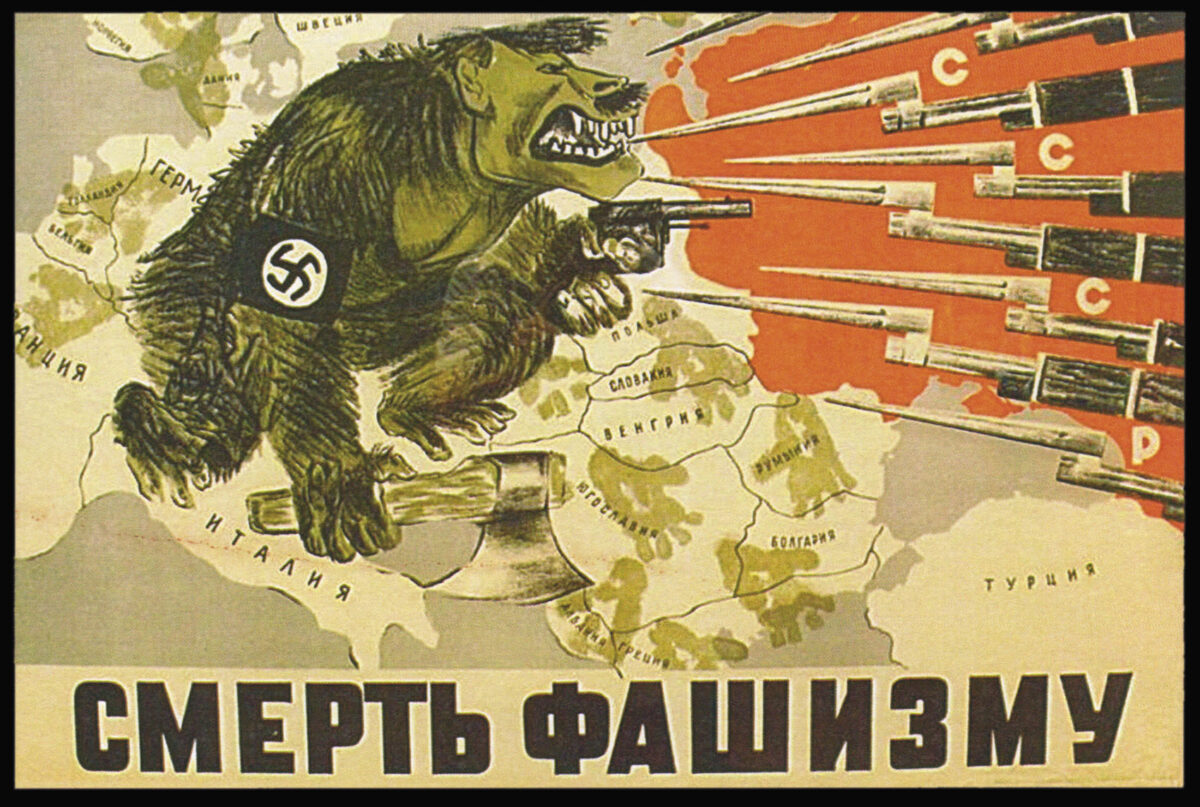 A postcard map from the Second World War, showing Adolf Hitler as a ferocious green primate wearing a Nazi armband, growling threateningly at Russia. He has left green pawprints all over Europe, showing the extent of Nazi expansion. He is being held at bay by the bayonets of the Soviet Union (marked CCCP, and coloured in red). The caption reads ​“Death to Fascism”.

The Soviet Union and Nazi Germany had signed a non-aggression pact in 1939, which agreed both that the two countries would not attack each other, and also that they would divide areas of eastern Europe between them. The pact facilitated the successful invasion of Poland by both countries in 1939, dividing it between them. However, the pact was broken in 1941 when Adolf Hitler initiated the invasion of Soviet-controlled territories. The postcard was presumable produced as a response to this betrayal.