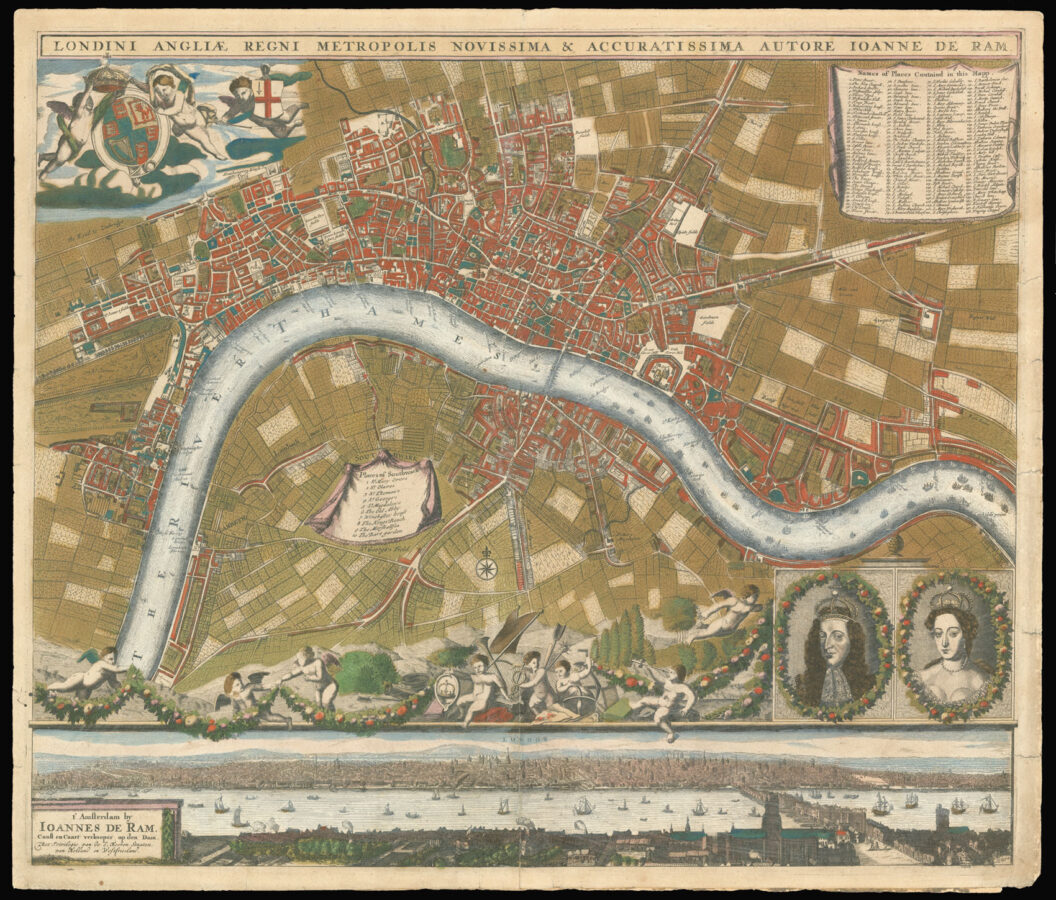 The first state of Johannes de Ram’s map of London, published to celebrate the success of the Glorious Revolution. There is a panoramic view of London and the Thames at the lower edge, based on Matthaeus Merian’s view published in ​‘Theatrum Europeum’ in 1620. The view is decorated with garlands of foliage, and cherubim amongst collection of military and intellectual instruments. There are two portrait ovals of William III and his wife Mary. William, the Stadtholder of Orange, came to England to claim the throne in the Glorious Revolution on the invitation of some English lords, who feared the Catholicism of James II. William’s wife, Mary, was James’s daughter.

The two trompe l’oeil cartouches contain a numbered key of places in Southwark and the city of London. At the upper corner are three more cherubs supporting the arms of England with William’s crown on top and the arms of the City of London.

The map was republished in the same year by Jacob de la Feuille in Paris.