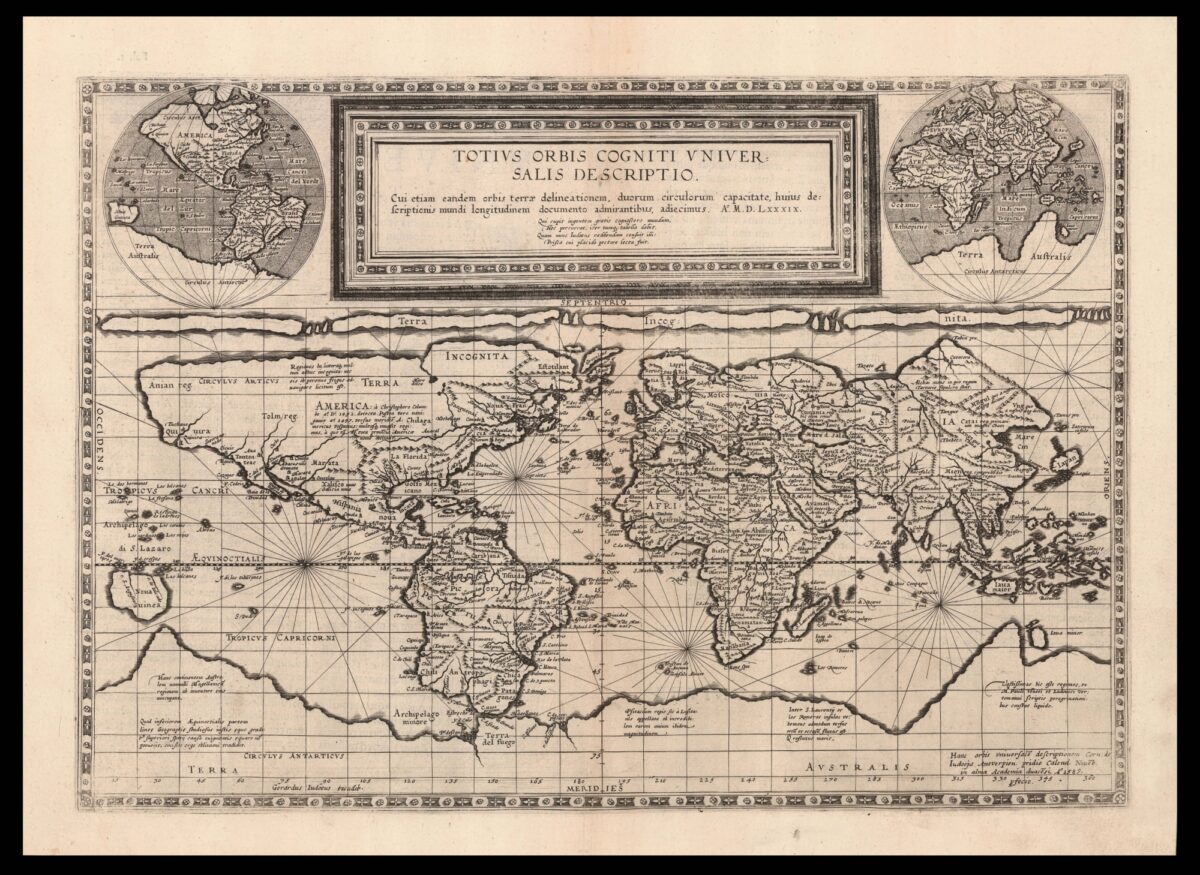 A map of the world by Cornelis de Jode and published by his father, Gerard.

The map shows two views of the world. The main chart is a world map on a rectangular projection. Points of interest include the portrayal of the gigantic southern continent ​‘Terra Australis’, believed to represent the rest of the landmass implied by the passage of Tierra del Fuego, reaching up to near New Guinea. The South American continent is disproportionately wide. The Strait of Anian separates America and Asia. The two small hemispheric maps to either side of the title show the western and eastern hemispheres on Roger Bacon’s circular projection.

The imprint at the lower edge states that the map was created by Cornelis de Jode in November 1589 at the Academy of Douai, and published or printed by his father Gerard de Jode. 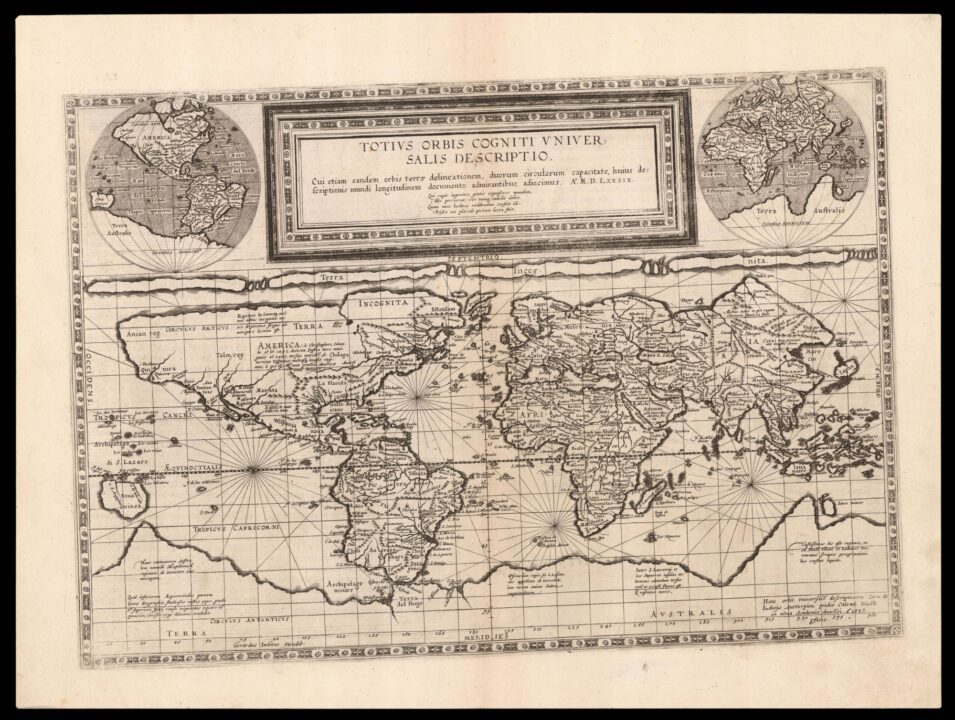