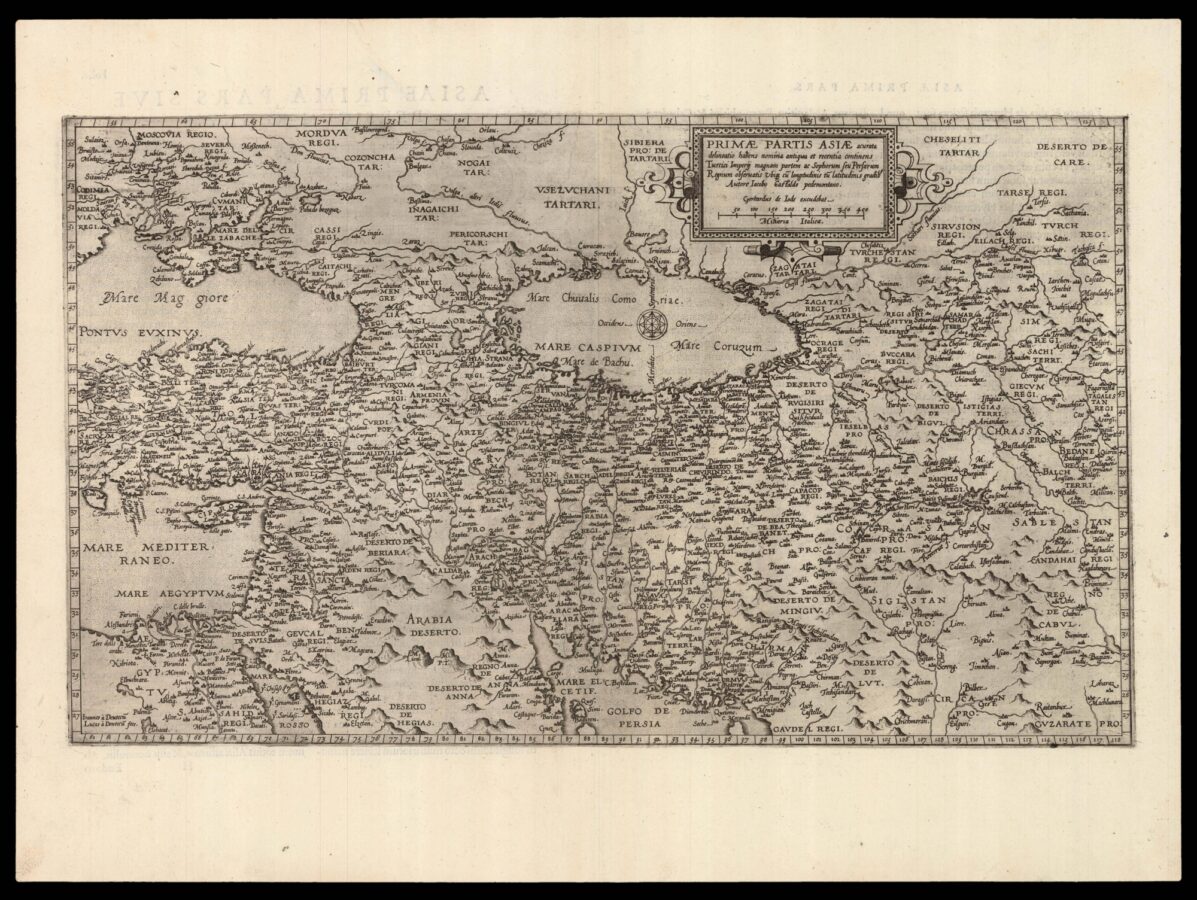 The map shows the Holy Land and the Middle East from Turkey to Persia, including the Mediterranean Sea and Cyprus in the west, the Black and Caspian Seas in the north, and part of Egypt and the Persian Gulf in the south.

The map is based on Giacomo Gastaldi’s three-sheet map of Asia. The westernmost part, which is covered by the present example, was first issued in 1559, whereas the following two were published in 1561. Later on, in 1565, Lafreri added two narrow sheets covering the area south of the equator, including most of the Indonesian islands.

The map appeared in the second edition of the de Jodes’ atlas ​‘Speculum orbis terrae’. The ​‘Speculum’ was first published in 1578 by Gerard de Jode (1509–1591) with text by Daniel Cellarius. It was designed to compete with Abraham Ortelius’ atlas, ​‘Theatrum Orbis Terrarum’, which had been published eight years earlier. Ortelius used his influence to disrupt de Jode’s application for a royal privilege. By the time this was finally granted, seven years after the publication of the ​‘Theatrum’, Ortelius’ work had become so popular that de Jode’s atlas did not sell well, despite the accuracy and clarity of his maps. His son Cornelis (1558–1600) continued his father’s publishing business after studying at Douai. He produced an enlarged edition of the ​‘Speculum’ in 1593, which Gerard had been planning before his death. Either Cornelis or Gerard was the first person to make a globe following the geography of Mercator in the southern hemisphere; no copies of it survive to provide evidence. Although sales of de Jode’s work were less than ideal, the atlas was evidently held in high regard, with several contemporaries citing its importance alongside the atlases of Mercator and Ortelius. Few examples of either edition of the ​‘Speculum’ have survived, making the maps within a rarity.