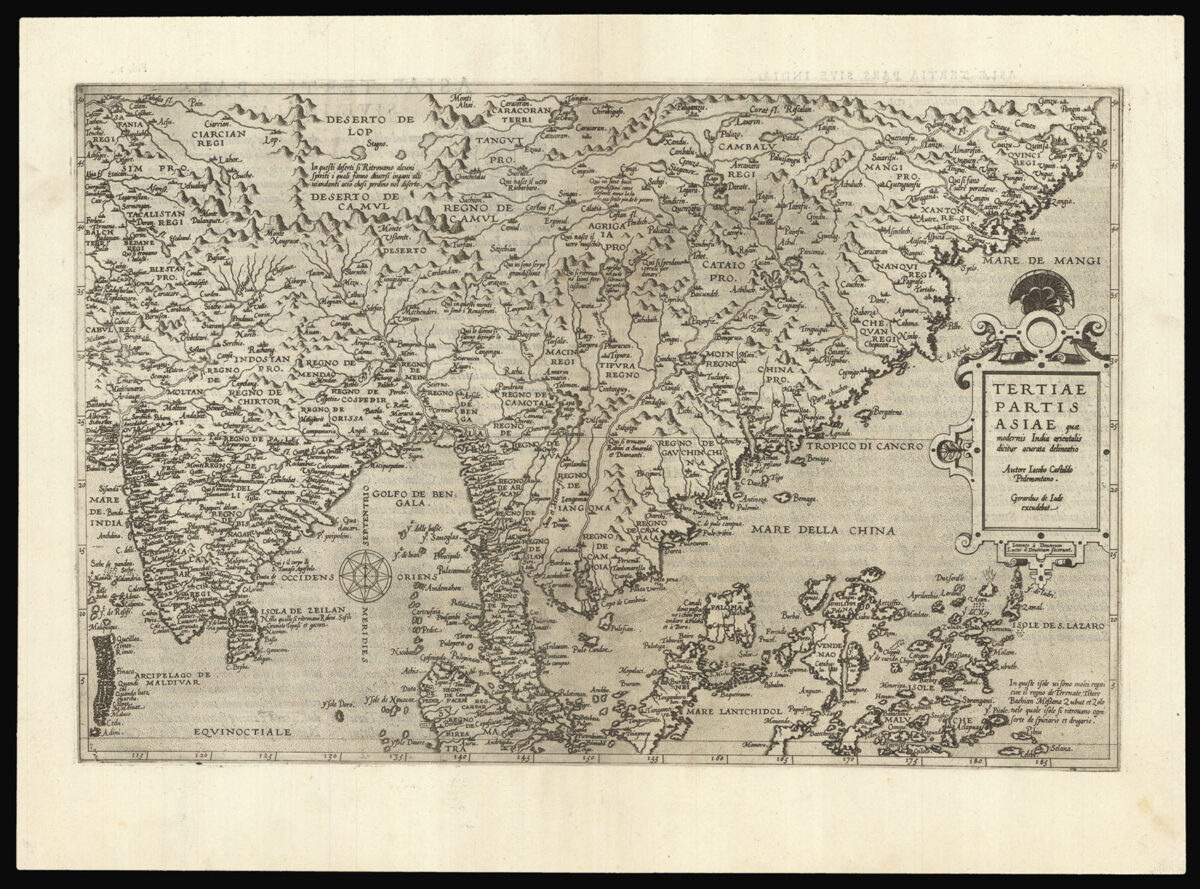 De Jode based his survey on Giacomo Gastaldi’s 1561 map, which ​“provided the best and most inspired published rendering of the region in its day” (Karrow).

The map extends from the Indian peninsula through to China and Mongolia, showing a large part of Southeast Asia, including Sumatra, Malaysia, Brunei, the Moluccas, the Philippines, and Micronesia.

The cartography is derived from Spanish and Portuguese exploration, drawing on the voyages of Ferdinand Magellan, Álvaro de Saavedra and Ruy López de Villalobos. The Marianas Islands are labelled ​‘Li Ladroni’ after Magellan, who named them after the inhabitants’ propensity for stealing. Two other curious features are ​‘Vulcan’ Island and ​“Apri l’occhio”. Vulcan was reported in the Villalobos expedition as an erupting volcanic island, but Gastaldi, and therefore de Jode, has merged it with the island of Farfana, which was described as a high pointed rock. The phrase ​“Apri l’occhio” (open the eye) does not have a clear origin and may have been a cautionary phrase rather than a place. These two features mark the start of cartographic curiosity over navigational hazards in those waters, which would last until the early eighteenth century, even though ships routinely crossed those waters without any problems.