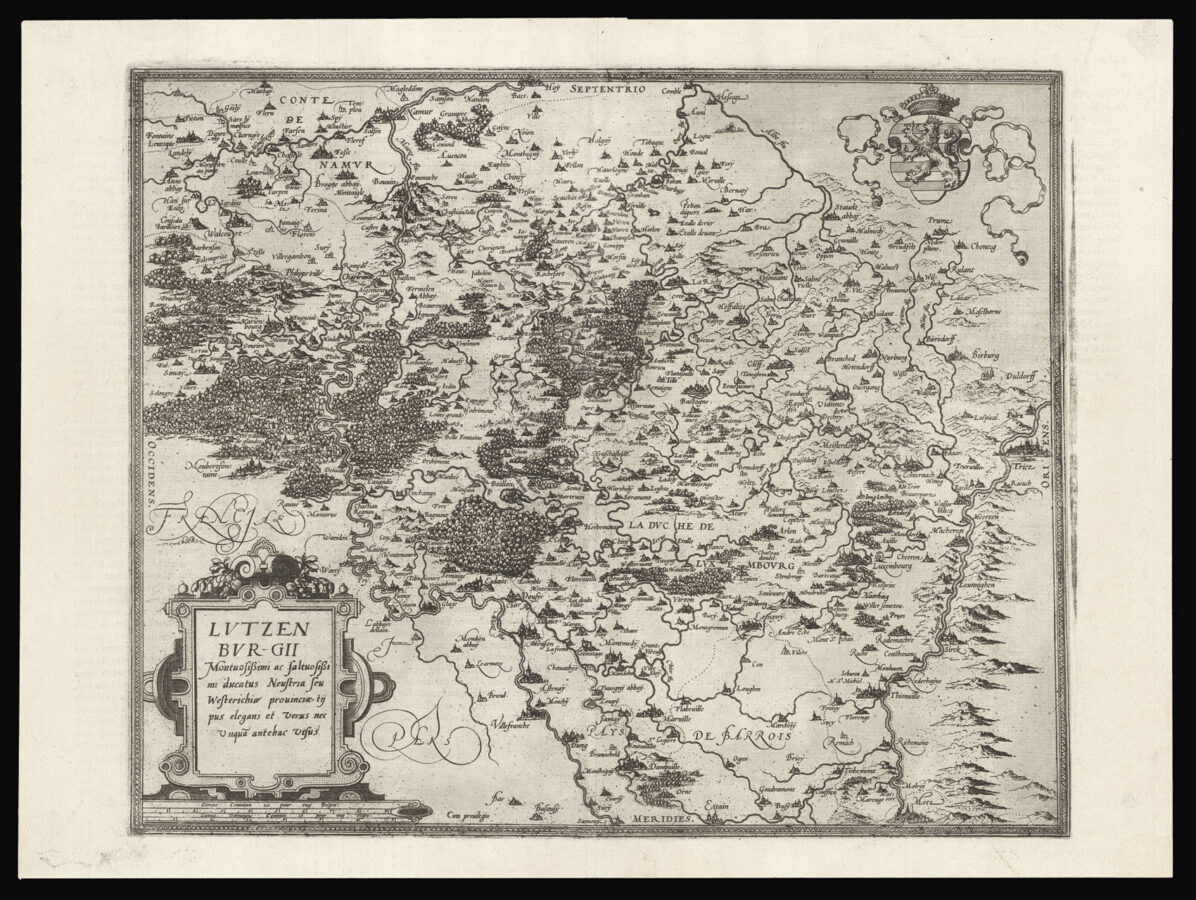 The earliest map of the duchy of Luxembourg, showing the counties of La Roche, Durbuy, Vielsam, Chiny, Vandalen, St. John and Manderscheid.

The Duchy of Luxembourg had been newly incorporated into the Seventeen Provinces of the Holy Roman Empire by Charles V, in the Pragmatic Sanction of 1549. All the seventeen territories could now be inherited by the same Hapsburg heir. By the time de Jode’s atlas was published, however, the Eighty Years War had begun and the northern provinces revolted against Spanish rule. The Duchy of Luxembourg was caught up in the war, but ultimately remained part of the Spanish Netherlands.

Gerard de Jode (1509–1591), cartographer, engraver, and publisher lived and worked in Antwerp. In 1547 he was admitted to the Guild of St. Luke, and began his work as a publisher and print seller. He often printed the works of other cartographers, including Gastaldi’s map of the world in 1555, Jacob van Deventer’s map of Brabant in 1558, Ortelius’ eight-sheet map of the world in 1564, and maps by Bartholomeus Musinus and Fernando Alvares Seco. 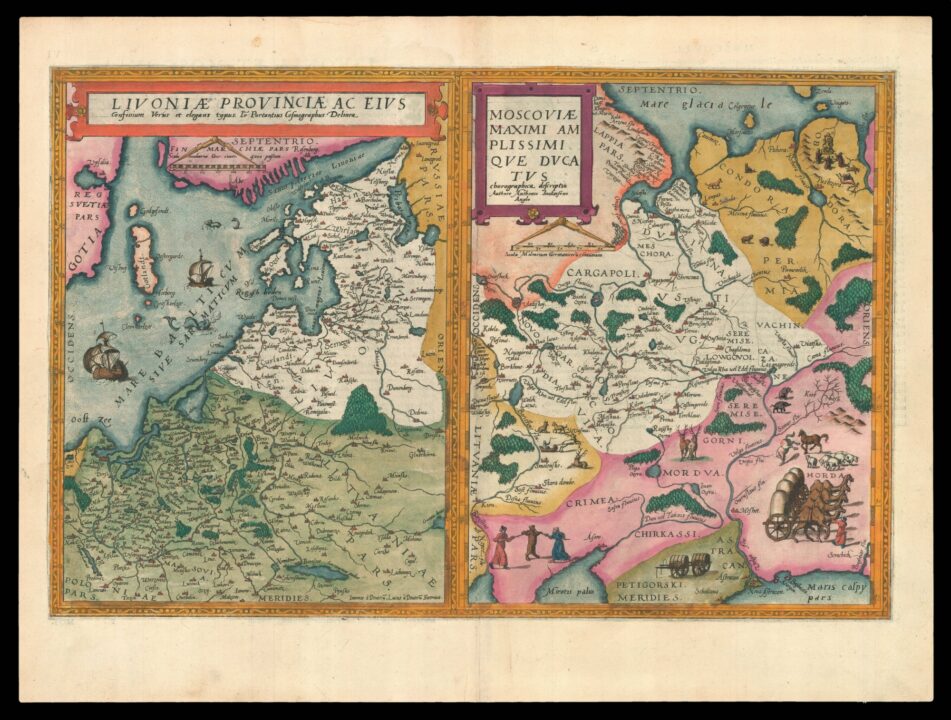