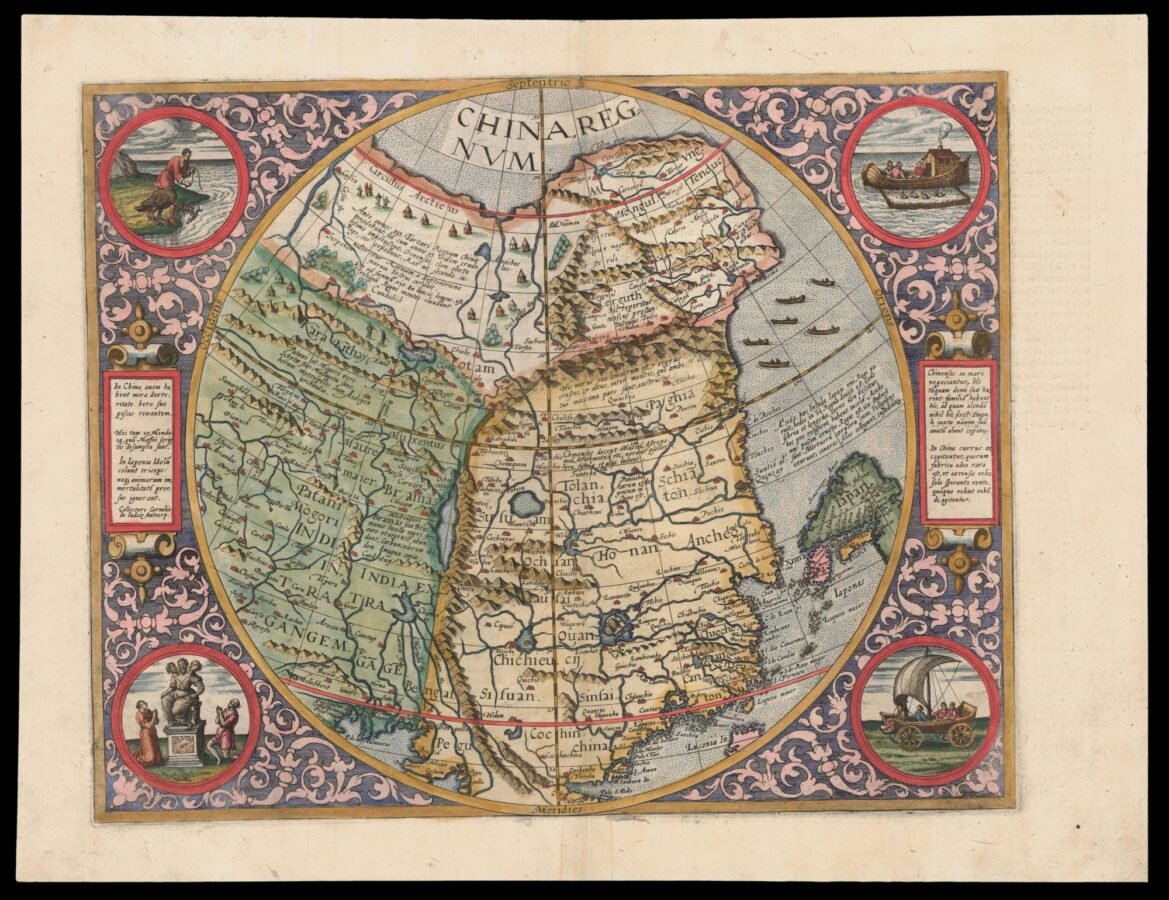 A superb example of de Jode’s map of eastern Asia, showing Japan, China and Korea, produced especially for the 1593 edition of the ​‘Speculum’.

The map is based upon the work of the Portuguese cartographer Luiz Jorge de Barbuda, whose map of China also appeared in the work of de Jode’s competitor, Abraham Ortelius, in 1584. The circular map is framed by elaborate strap-work and three vignettes of Chinese life, calculated to appeal to European interest. At the upper left corner is a fisherman working with the aid of a cormorant, a practice that continues in rural China; at the upper right there is a houseboat with a pen attached to the side. The lower right vignette is of a cart with a sail attached, the Chinese windcarts that fascinated European observers. The final image is of India, showing two people in Eastern dress worshipping a triple-headed god. 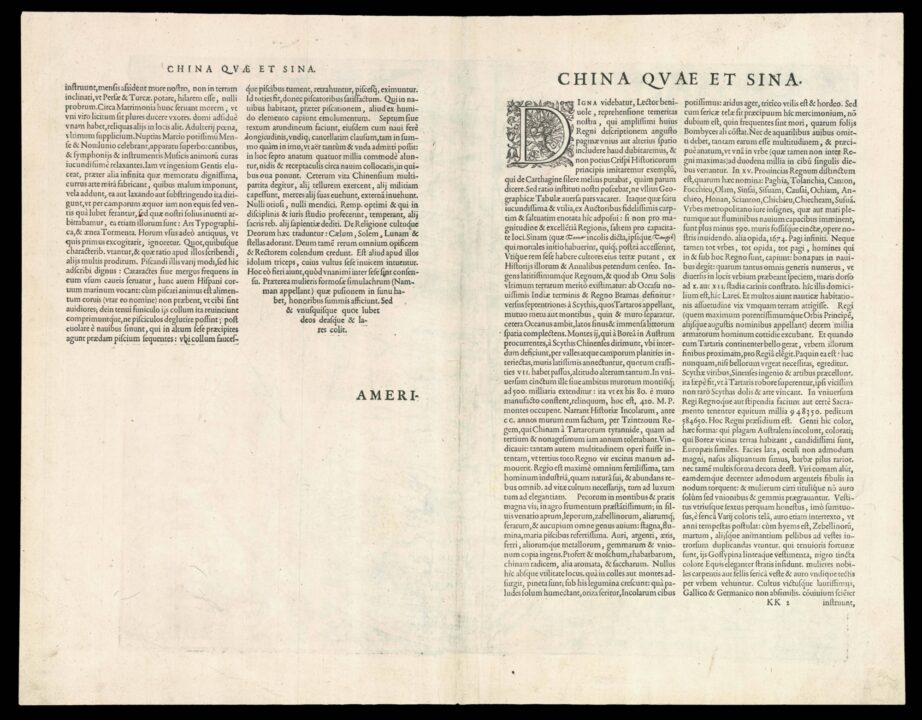