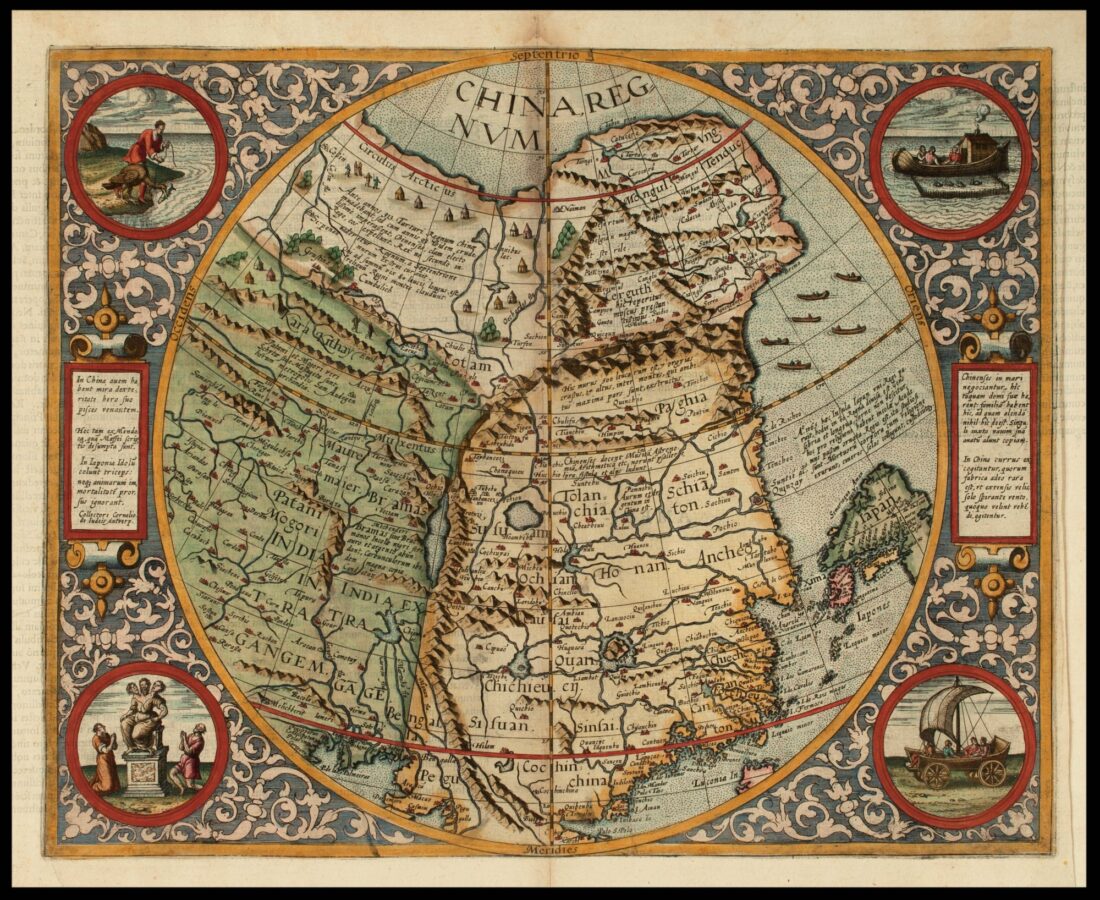 De Jode first published his ​‘Speculum’ in 1578. Intended as competition to Ortelius’ popular ​‘Theatrum’, it faired poorly and sales were disappointing, another edition was produced, after de Jode’s death by his son Cornelius in 1593. For this edition, Cornelius introduced several new maps, of which the present item is a superb example.

The map is based upon the work of the Portuguese Jorge de Barbuda, whose map of China appeared in the work of de Jode’s competitor, Ortelius, in 1584. The circular map is framed by elaborate strap-work and four vignettes of Far Eastern life: fish-catching cormorants; a fishing boat with a chimney-topped cabin with a pen attached to the side sheltering domestic fowl; the worship of a triple-headed deity; and the famous wind carts depicted on many early European maps of the region, including those of Hondius and Speed.