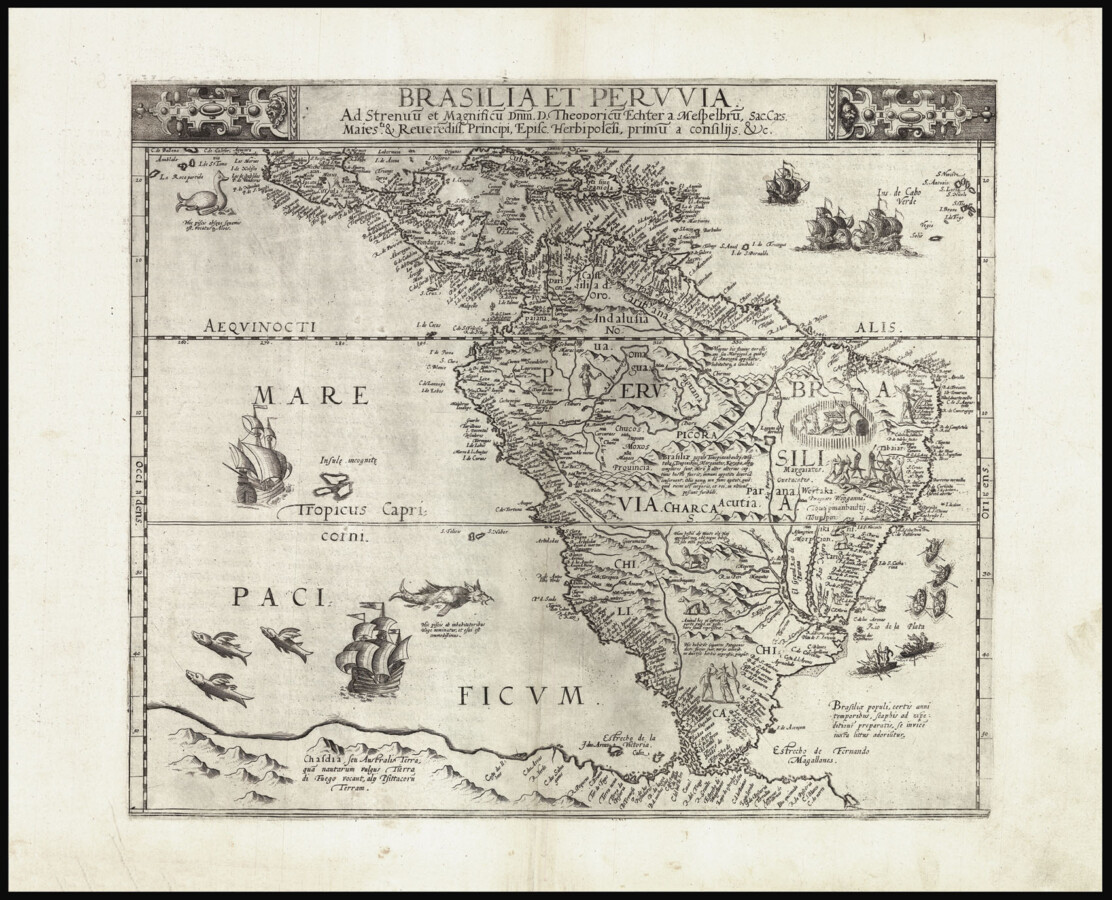 The Southern American continent’s interior is densely detailed with many place names, annotations and images describing the territory, its people, and the flora and the fauna. Two vignettes show life at a cannibal’s campsite, including a human-based dinner, and a battle between indigenous people armed with bows and arrows and explorers armed with rifles. The seas are filled with several vessels, boats, monsters, and more annotations.

His son Cornelis (1558–1600) continued his father’s publishing business after studying at Douai. He produced an enlarged edition of the ​‘Speculum’ in 1593, which Gerard had been planning before his death. This map was produced specifically for the second edition. Either Cornelis or Gerard was the first person to make a globe following the geography of Mercator in the southern hemisphere; no copies of it survive to provide evidence.