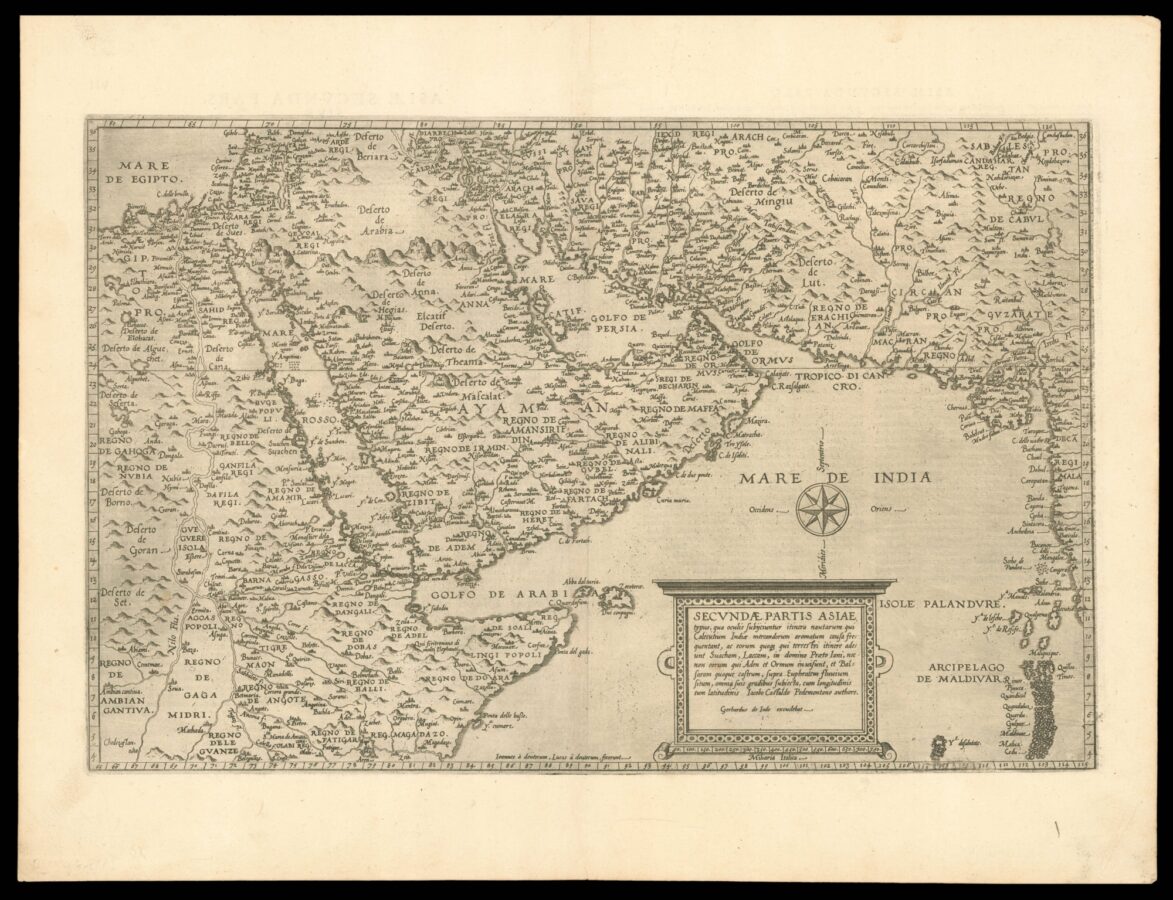 Gastaldi revitalised European mapping of the Middle East, producing a two sheet wall map of Arabia and the Indian Ocean and creating a series of maps of the region for his 1548 edition of Ptolemy. Gastaldi used new sources to give a more accurate picture of the area, and his cartography was used as the basis for maps by Abraham Ortelius, Cornelius de Jode and Gerard Mercator in their respective atlases. Although not a slavish copy, de Jode’s map is by far the closest in style and content to the one published by Gastaldi in 1561.

The map appeared in the first edition of Gerard de Jode’s atlas, ​‘Speculum Orbis Terrarum’. The atlas was first issued in 1578, and although it received many favourable comments from contemporaries such as Petrus Montanus, it was not a commercial success. 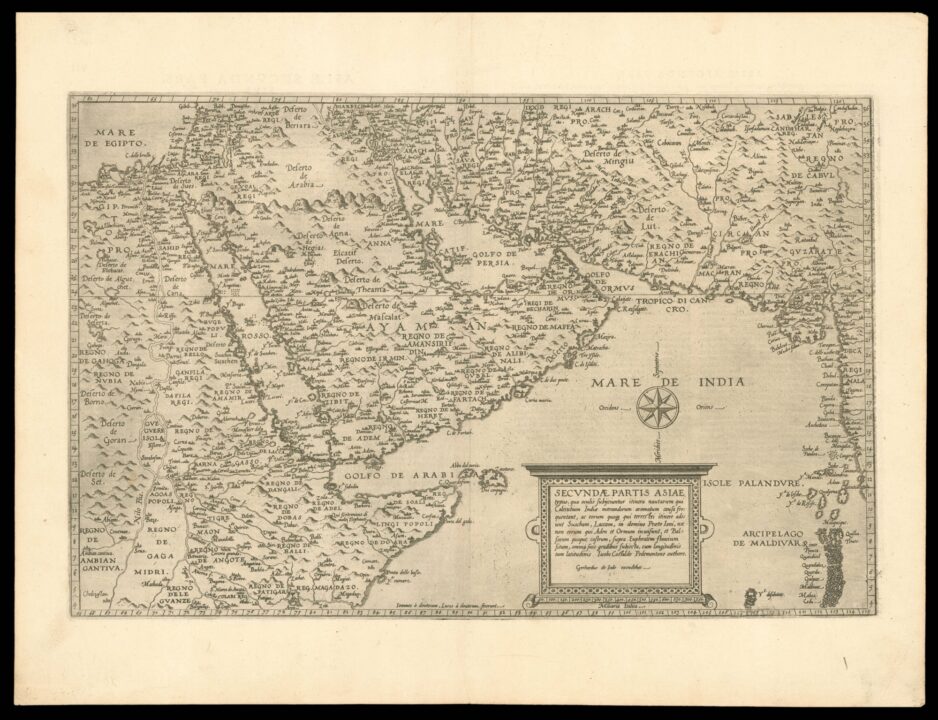