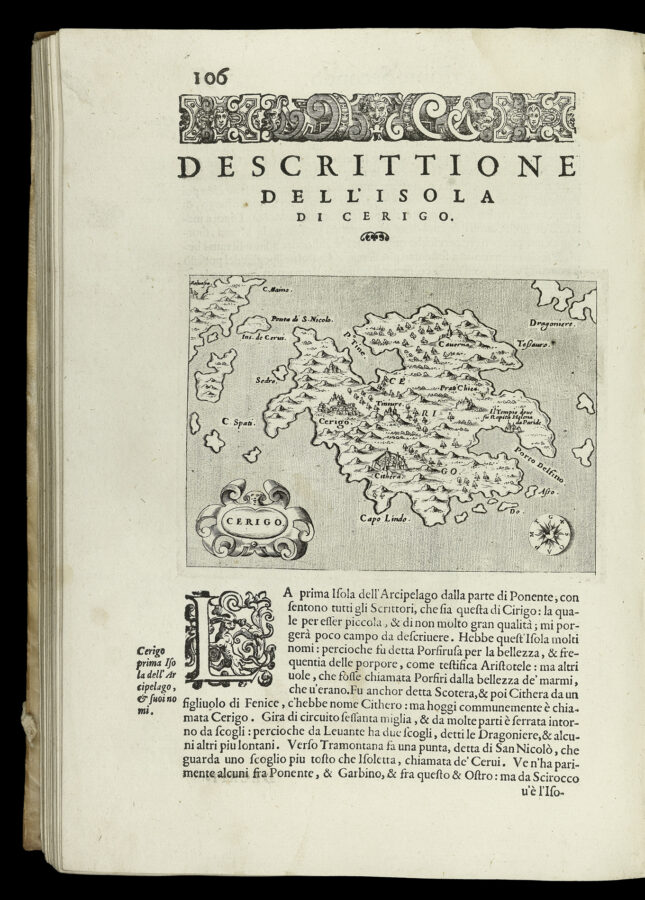 A detailed map of the Greek island of Cythera (Cerigo).