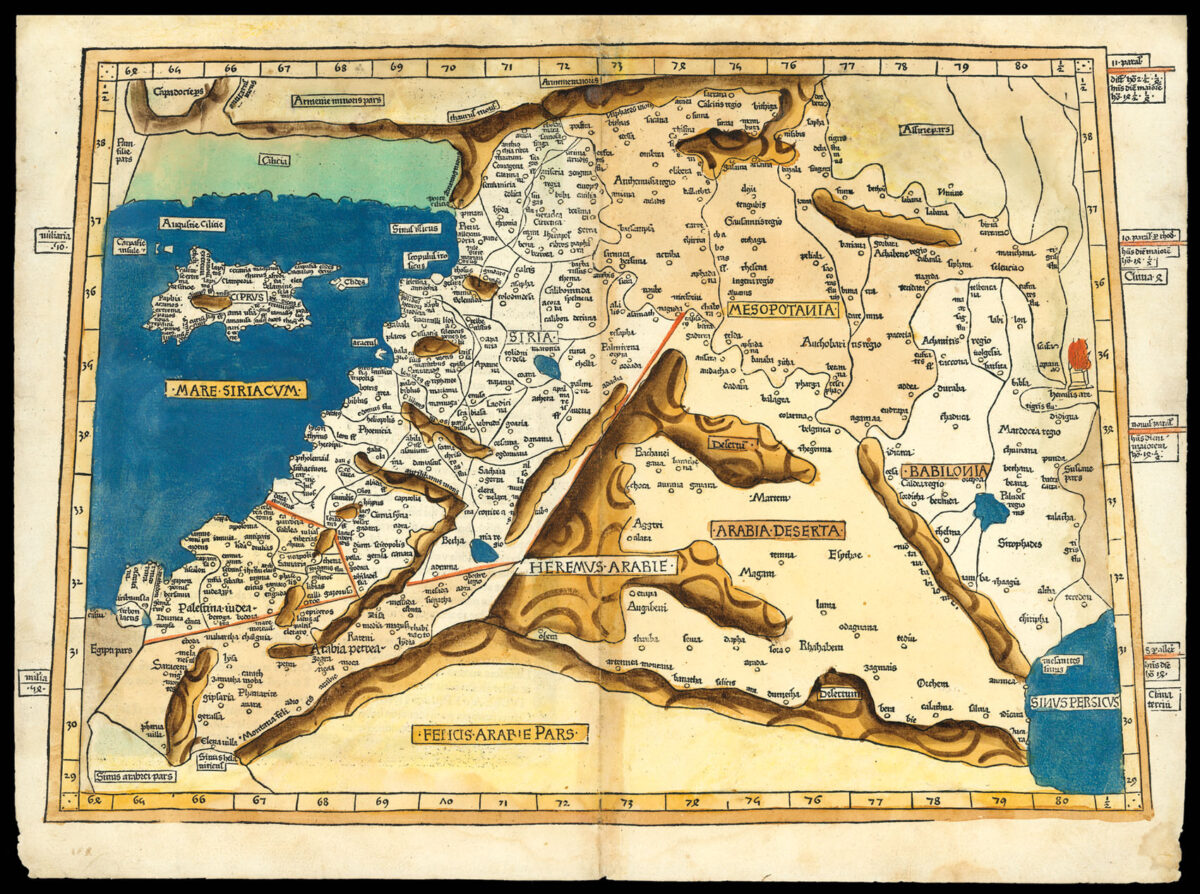 Cyprus and the Middle East

This striking map depicts the the Middle East as envisaged by the second century A.D, cartographer Claudius Ptolemaeus. To the west is depicted ​“Ciprus” (Cyprus), with the Mediterranean Sea marked ​“Mare Siriacum” (the Syrian Sea). To the east coast of the Mediterranean are shown ​“Siria” (Syria) and ​“Palestina Iudea” (Palestine). Further east Mesopotania (Mesopotamia — the land between two rivers), is marked together with ​“Arabia Deserta”, and ​“Babilonia”. To the far right the Persain Gulf is marked ​“Sinus Persicus”.