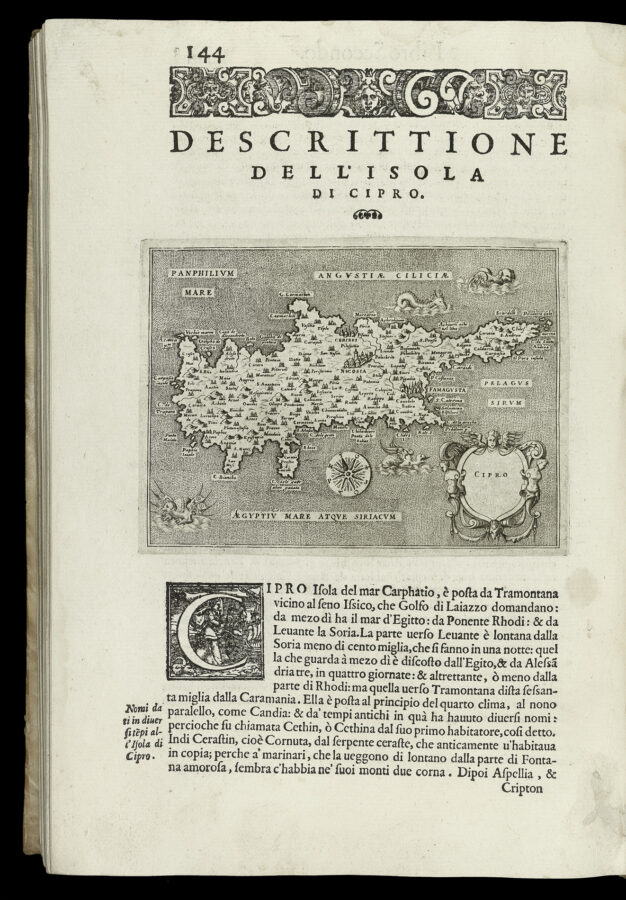 A detailed map of Cyprus, and one of the earliest to show the island by itself.