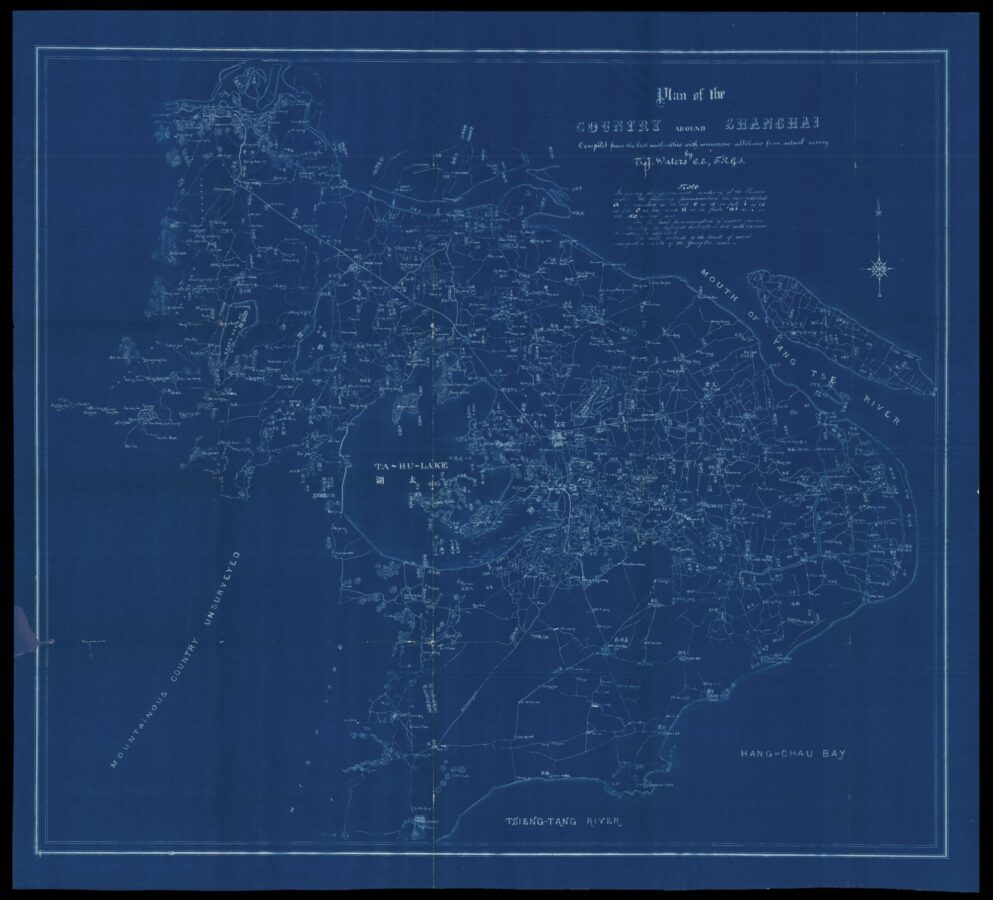 A cyanotype map of Shanghai. Cyanotypes are created by using paper soaked in a photosensitive ferro-gallate solution. When the paper is exposed to sunlight, it turns blue. The original map would have been laid on top of the ferro-gallate paper, and the printed lines of the original created the white lines on the cyanotype.

The original map was compiled by Thomas Waters (1842–98). Waters was an Irish civil engineer and architect who carved out a successful early career in Japan, designing the Imperial Mint in Osaka and the headquarters for the Imperial Japanese Army. He worked briefly in Shanghai at the end of the 1880s, before going out to Colorado to join his brothers in silver and gold mining.

The map may have been drawn up as part of Waters’ bid for the commission to construct a new waterworks in Shanghai. Waters was a strong contender in the competition, as he had experience in the field: he was partially responsible for the construction of Japan’s first sewer system.