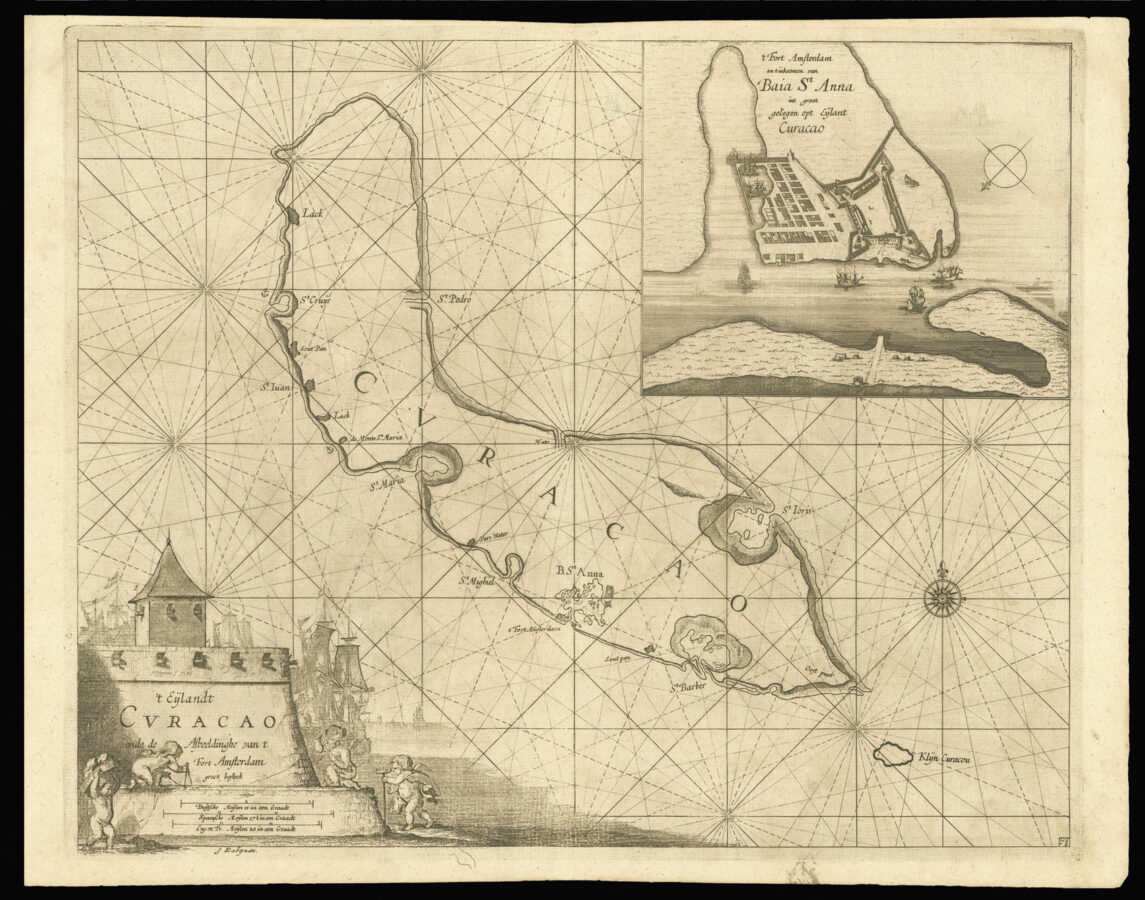 A fine a detailed chart of the island of Curacao — first published in Roggeveen’s exceedingly rare sea pilot ​‘Het Brandende Veen’, in 1675; here in the second state with the imprint of Jacobus Robijn.