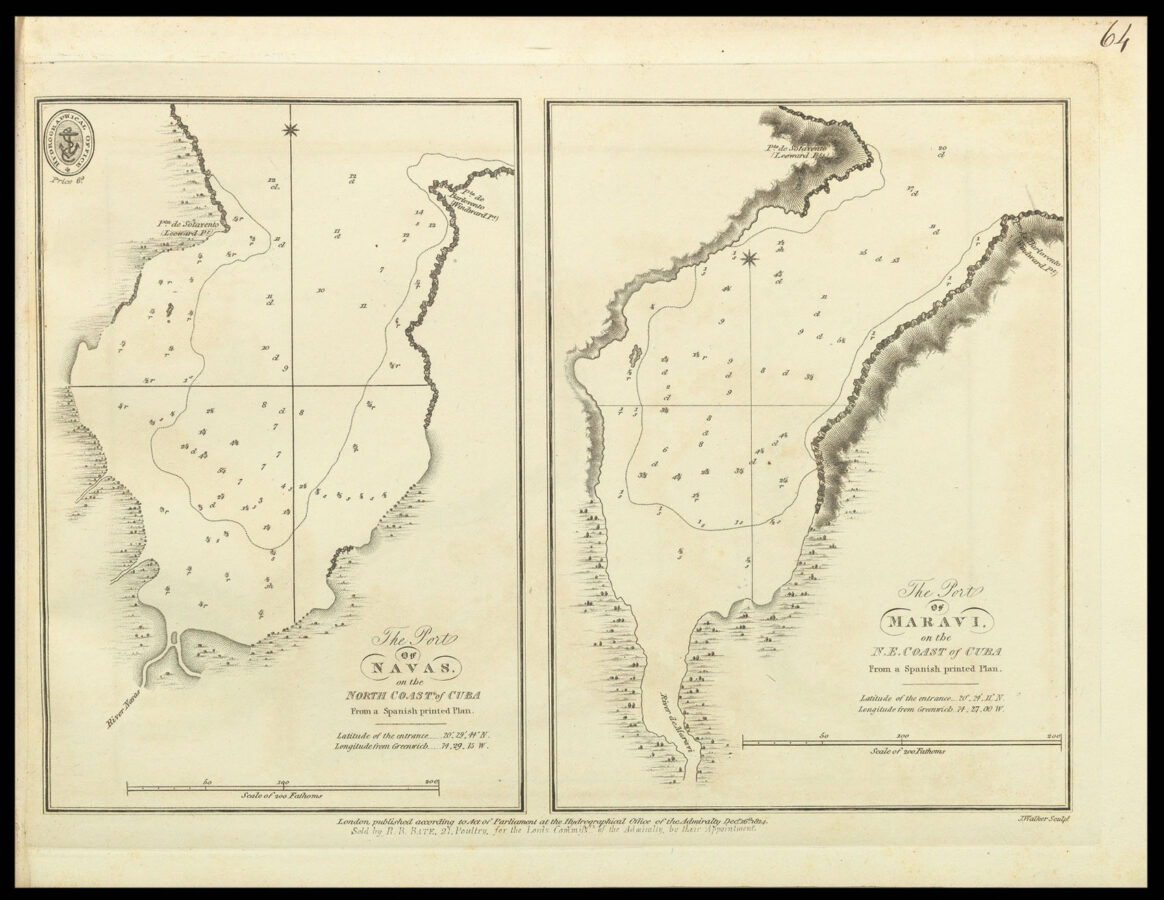 Rare Admiralty chart of the Rio Navas and Maravi, Cuba.