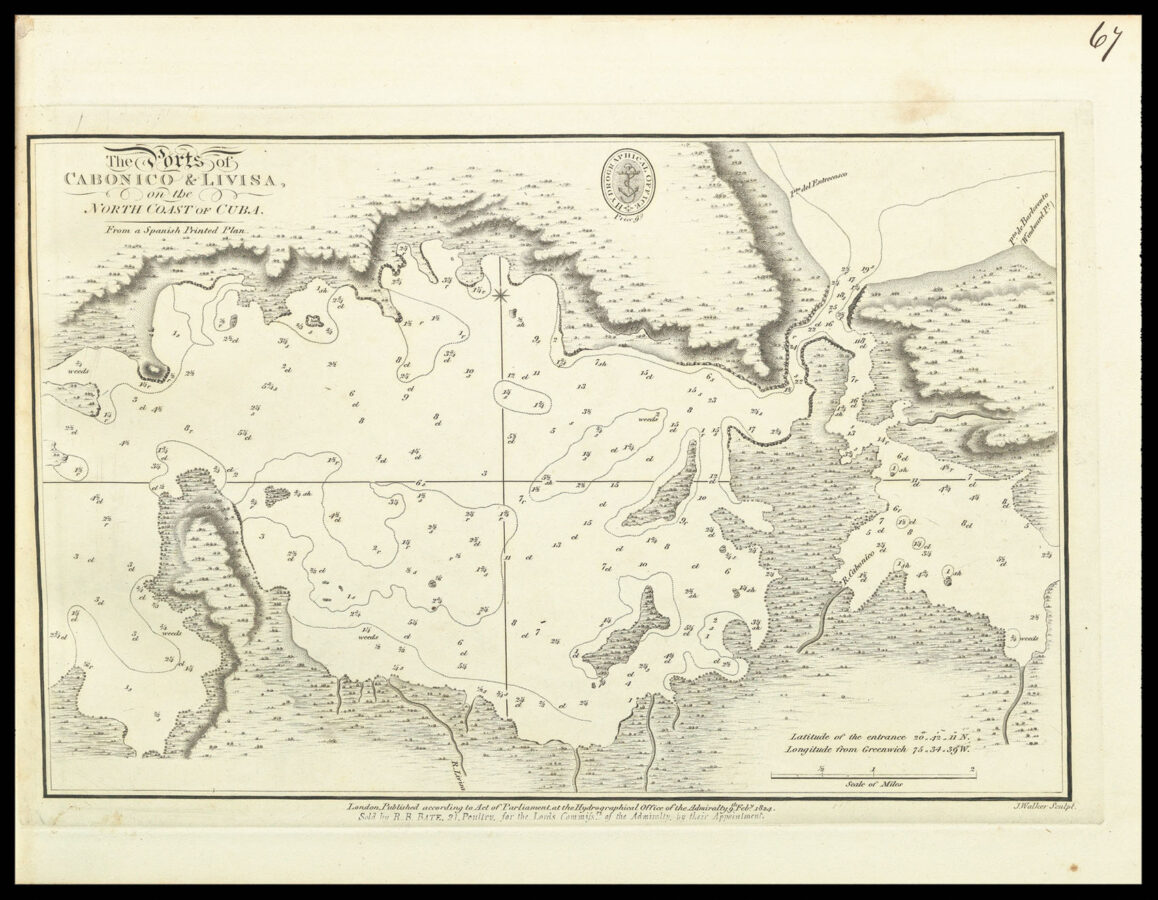 The Ports of Cabonico & Livisa, on the North Coast of Cuba From a Spanish Printed Plan.