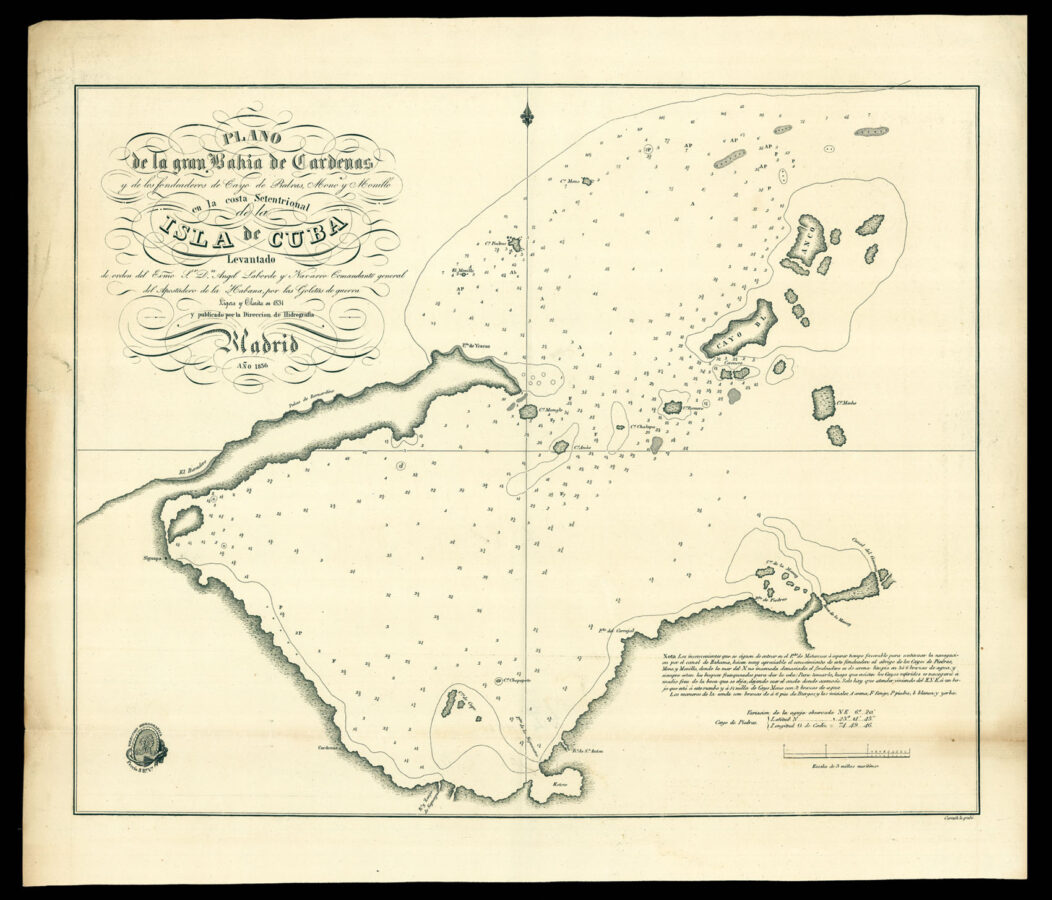 The charts produced by the ​‘Direccion de Hydrografica’ were detailed surveys not unlike the charts of the British Hydrographic Office, however official Spanish charts of this sort appear on the market much less frequently than their French and English counterparts, and even fewer have appeared to survive than contemporary American publications.